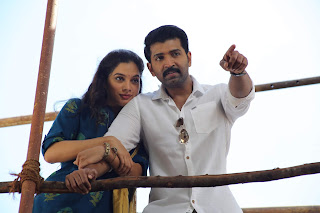 The story revolves around  Ezhil and Kavin ( Arun Vijay). Ezhil is a rich construction business owner while Kavin is a gambler and small timecon man and  robber. Yogi Babu is his close friend. They live separate lives. Until the day thier paths cross. 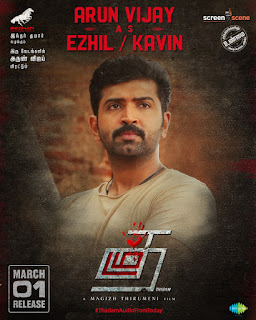 Without giving away spoilers to this highly interesting, edge of the seat thriller, we can say that the story is about how they are caught up in a murder charge. 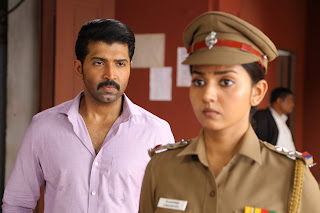 The police are flummoxed as to who did the crime and why.  Which of them is the real criminal is what the story is about. 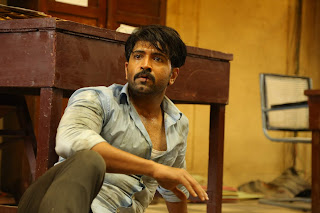 The extensive  research and proper planning and attention to detail by director Thirumeni make the film what it is. So racy is the screenplay that every minute is spent taking the story  forward. The whodunnit suspense is kept up till the very end with wonderful twists all through right till the end.
And its not  just thrills. There are moments of deep emotion between characters but not treated in a melodramatic  way,  which adds depth to the characters.  The love  angles have some beautiful moments, sometimes funny sometimes emotional and are treated in an unhurried manner giving us the feel of emotions as they  develop bit by bit. Tanya Hope looks pretty and is a talented addition to Kollywood. Vidhya as the cop too, has a meaty role and she does full justice to it. Smrithi plays Kavin's romantic pair and her freshness and innocence is well brought out. Meera Krishnan brings the laughs with a most unexpected characterisation far from her usual roles. Sonia  Aggarwal is well cast doing justice to her role. 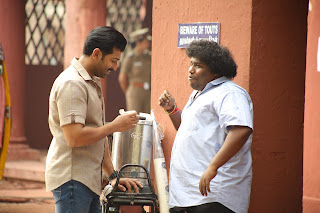 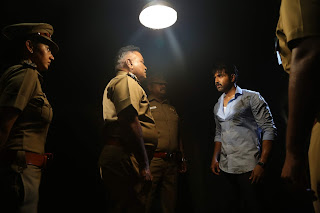 The director has portrayed  women with real jobs to do and not just as arm candy. The refreshing  ways the romantic portions have been concieved and shot are a welcome change. 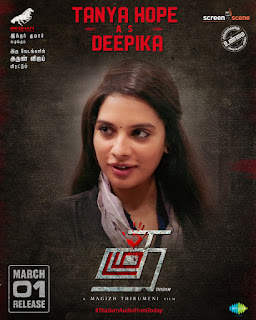 Arun Vijay's acting is the fulcrum on which the story rests and the seasoned actor gives it his all, in a seemingly effortless manner, with spectacular results. Playing 2 different personalities he brings  out  the body language and look of each very authentically. The action scene in the police station is something to watch  out for.
High production values make this film stylish,  easy on the eyes and visually rich. Yogi Babu had been given both a funny as well emotional characterisation. 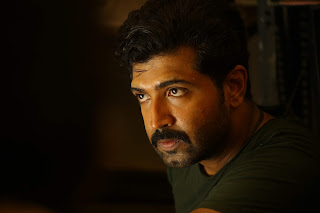 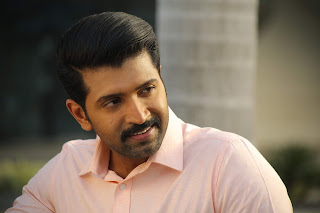 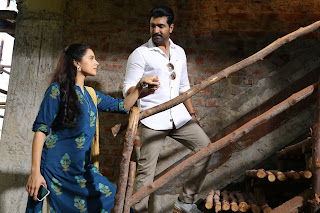 On the  flip side, there is a lot of dialogue to and fro which dullens the proceedings a bit. A big  part of the story is staged in the police station which makes  for somewhat monotonous viewing. 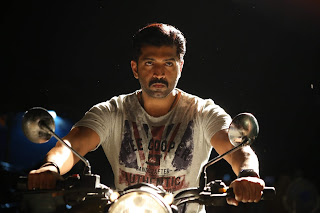 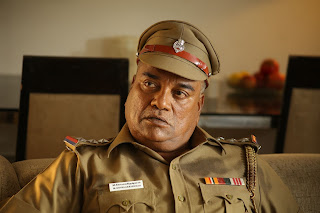 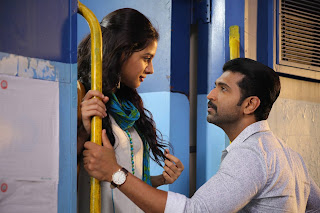 Overall the film is among the good thrillers of the season and deserves a watch.   Keep an eye out for  the end credits for some interesting info which add credibility to the story.