Jumbo Films A Sridhar's Neeya 2 is ready for release. The film stars Jai with 3 heroines, Raai Laxmi, Varalaxmi and Catherine Teresa. The film is directed by L Suresh.
A large part of this film has VFX which has been done in lot of detail with special close -ups of snakes. The cameraman is Rajavel Mohan. GN Murugan has done the stunts. 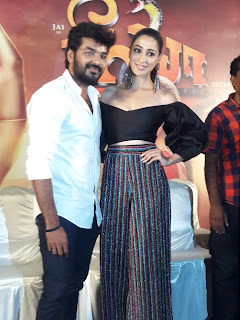 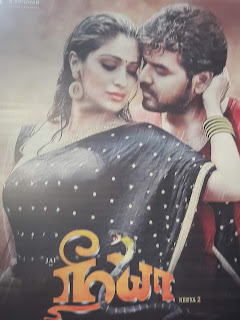 Said comedian Bala Saravanan, ' Suresh sir is one of the best people I have met. He would treat big and small actors equally and knows how to extract work from his actors. This film is totally commercial with love, comedy and specially concieved snake episodes.' 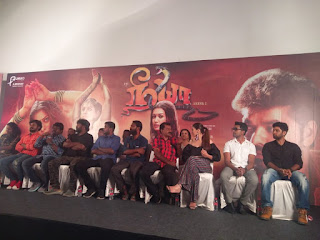 There are 5 fights in the film which were challenging said stunt master GN. The most challenging was the screen fight between 2 heroines.

Heroine Raai Laxmi revealed that it was very difficult to shoot with all the CG work. She also had to work with a live snake. ' I was excited about this script which was very different from all the horror scripts that have been coming my way. ' (click here for Raai Laxmi's  full speech ) 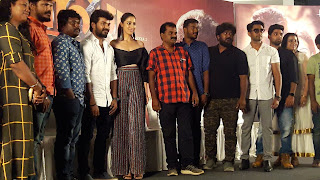 Shabir has done the music. He has done the  score after much research and used the limited notes of the magudi snake instrument, in order to add reality to the score.

Director L Suresh revealed that his first film was in Telugu. He went through  a tough time when one of his  films got stopped midway. 'Despite it all I had total faith in my talent. I was trying to make a film which would have been keeping with my guru Balu Mahendra. But things were not working out. It was then a friend suggested I do a snake film . I was doubtful as I had no idea about how to go about it.' It was when he saw the success of Naagini on TV that he was inspired to write this script. ' It was my producer Sridhar who made this into a big project. We decided to shoot  in Bangkok but we had to to several villages there to find real snakes. Later Knack studios did excellent CG work.' 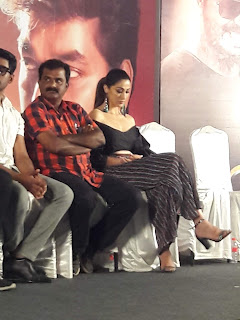 Actor Jai made an appearance and gave a short speech at the event.