Uriyadi2 will disturb you, make you think - Suriya

Suriya who is producing Uriyadi 2 under his 2D Entertainment banner, spoke highly of the film at the trailer launch. 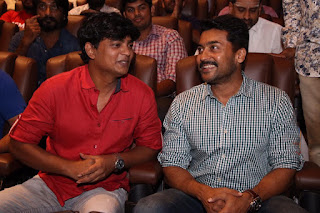 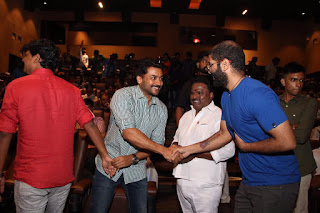 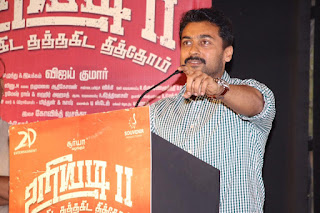 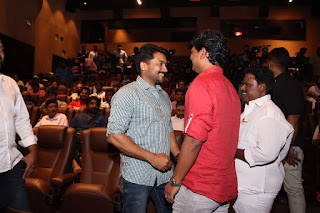 ' The film is coming from director Vijay Kumar after a long gap post Uriyadi. Directors like Vijay Kumar should be encouraged. So we as a production house are very glad to be associated with Uriyadi 2. Its a film which will disturb you, make you think.'
Director Vijay Kumar thanked Suriya for producing the film, ' Its a dream for any director to work with a production house like 2D Entertainment. Once they ok the script thier planning is so pucca and thorough that everything takes place smoothly all through.'
Suriya revealed that he was impressed with music director Govind Vasantha's work and that they would be working together in more projects in future. Incidentally, Vasantha had been signed on for this film long before his 96 The Movie music became a hit. 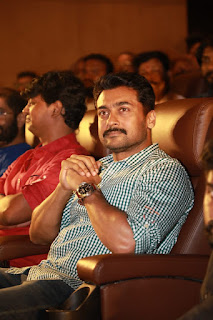 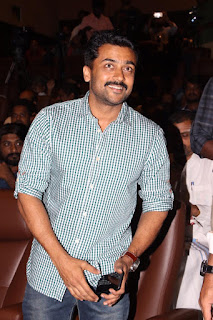 'We are very thrilled and proud that Govind Vasantha has also sung 2 songs for us,' added Suriya.   He credited the success of 2 D to his friend Rajasekar Pandian. He also added, ' Basically I am still an introvert. Raja and I were discussing that Vijay Kumar is also like me in that aspect. He keeps things within him so we have to understand that and give him what he wants for the project.'
About the director he added, ' Upon our first meeting itself I found I could connect with him. I was thinking how somebody could be so true to cinema  and make so many sacrifices to attain his goal of meaningful cinema.'