Bollywood actor and columnist Pooja Bedi who is part of  the support group for actor Karan Oberoi and and has been heralding  the #MenToo movement, is going to be part of a peaceful demonstration in Mumbai on June 15th at the Azad Maidan. 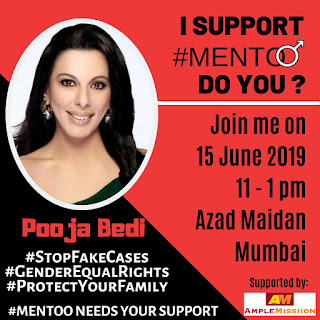 The movement aims to  push for gender equality in laws in the country. Says Pooja who is a good friend of actor Karan Oberoi, " The #MenToo movement  has become a united front for several men's rights groups such as those headed  by Amit deshpande, Barkha Trahan, Deepika Bharadwaj and others. It's a unifying  force and our collective energy is garnering  huge attention.  And now we hope to push further for  change." 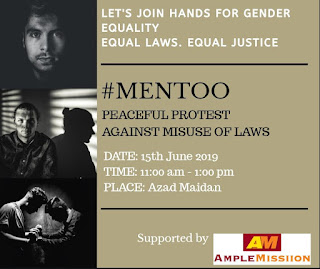 The group aims to take concrete steps in that direction. Pooja elaborates, " We will be taking the #MenToo agenda to parliament and pushing for change in legislation.
An entire strategy is being worked on so it doesnt just become another agenda buried under heaps of paper." The event will be held from 11 am to 1 pm on June 15th.