Gurkha earned me my first profit from cinema - Ravinder Chandrasekar

Libraa Productions'  Ravinder Chandrasekar held a media meet to mark the success of the release of Gurkha. The producer remarked that after bitter experiences with several films he produced in the past, he finally has recorded a success written Gurkha which he bought to release. ' After 6 years of my life in cinema, this film has given me my actual first earnings from cinema. This has greatly increased and re- inforced my faith in cinema. Due to my inexperience I couldnt achieve profits with the films I produced myself.  With  my last production, I announced defeat publicly.  But within 30 days of that announcement,  I bought Gurkha and made arrangements to release it in 300 theatres. I have earned 15 lakhs profit from Gurkha till today,  making it my first win in cinema. I think that making a film is easier, but the system of release needs discipline here,' he said. 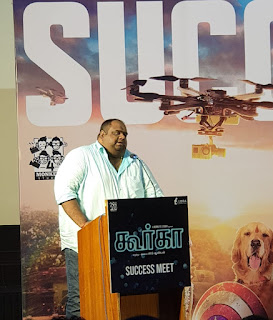 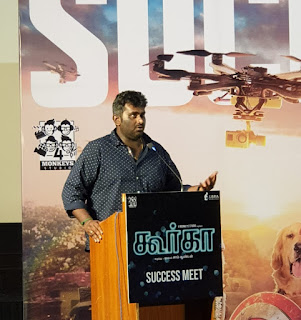 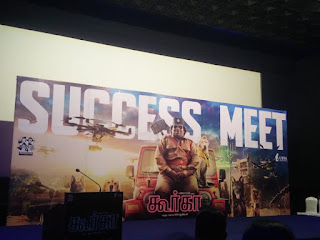 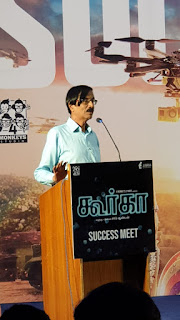 He went on to to reveal, ' This is a genuine success meet. In fact I have not even had a formal agreement for this film but we have worked just in good faith. Between good people there is no formal agreement required and between ill minded people, even a agreement serves no purpose. '
He thanked the media for their support all through and announced that as a token of gratitude, he  is ready to produce a film for Gurkha director Sam Anton on any subject of his choice. ' I dont blame my previous directors in any way. Its just that I couldnt release those films in a profitable manner.  Its because of the content that Sam gave with Gurkha, that I have recorded my first earnings from cinema so I really appreciate that, ' he said in an emotional speech.
He added that his aim was to also turn Libraa into a good distribution company which filmmakers could rely on to take their films to the public via the right, much needed publicity and promotions and in a systematic manner.