- November 10, 2019
By Rinku Gupta
Actor Vishal who was shooting in the UK for Thupparivaalan 2 flew down to Chennai for the Action press meet and promotions,  underlining how important the film is to him.
Directed by Sundar C, the film has Vishal, Tamannaah and Aishwarya Lekshmi amongst others in the cast. 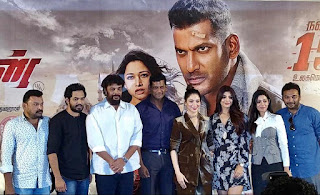 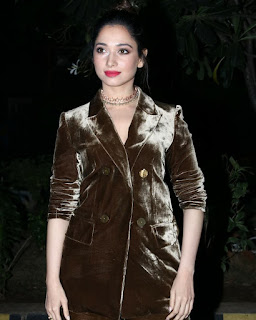 Speaking at the press meet Vishal said, "Action is is one film where  I've done the most  number of stunts and also got the maximum injuries at the same time!"
At some hi -octane stunts he even stared at death in the face and came back. He explained one instance, "When I was riding a bike for a particularly tough stunt sequence there was a very dangerous moment when the powerful bike came  hurtling towards me.  In that instant I thought it was all over,  but somehow I managed to save my face from harm and got away with few injuries. I realised then, the importance of taking calculated and well thought out risks otherwise it could cause great harm. I was extremwly shaken, but  being a producer's son I knew it could delay the shoot all the way in Azerbaijan so I came back to work the next day. "

He was all praise for director Sundar C, describing him as a visionary. " Every new assistant director should work with him at least once to understand how he can transform a simple location or setting into something grand in the fraction of the cost.  There is agreat chemistry between us and he is like a brother to me. If I do one film a year with him,  Ill be angle to maintain good fitness levels!" 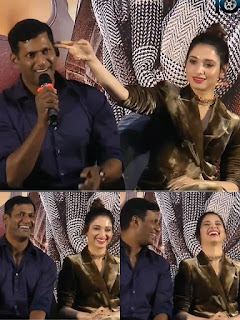 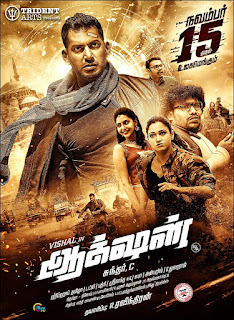 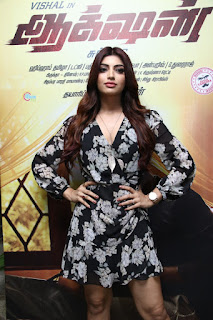 Heroine Tamannaah revealed,  " During the Baahbali shooting, while talking to Prabhas about what kind of films I like to watch, I discovered that action is my favourite genre and that I am an action movie buff! So  it is like a dream come true for me to act in this film that too in Sundar C sir's. direction, with whom I really wanted to work for a long time. In fact he was in my list of directors to work with!  So when the opportunity came I grabbed it. Usually we dont get action roles written for heroines so shooting these urban action sequences each day was a wonderful and ecciting experience. "
Action is releasing on November 15th. The music is by Hip Hop Tamizha.