The Dabangg3 franchise seems to have gotten bigger over the years and the latest film is directed by Salman Khan's Wanted director Prabhu Deva. The film has been dubbed in Tamil, Telugu and Kannada as well and us Salman's first direct Tamil release (by KJR studios in Tamil).


The story traces the origins of how Chulbul Pandian ( Salman's name in the Tamil dubbed version) got the  name Chulbul ( he is Thanga Tamizh Pandian) and how his enmity with Bali Singh turned him into a cop.
This takes us back to a flashback portion  with Dimple Kapadia and Pramod Khanna, ( brother of the deceased Vinod Khanna who was Chulbul's father in the original) playing his parents.  In comes debutante  Saiee Manjrekar as Susi, his fiancee who gets killed by Bali Singh ( Kichcha Sudeep) for not returning his love.  (Susi names him Chulbul affectionately). His run - in with Bali changes his life path,   transforming it forever.

Cut back to the present where Bali Singh re-enters Chulbul's life with a string of crimes. How Chulbul brings him to justice is the story. 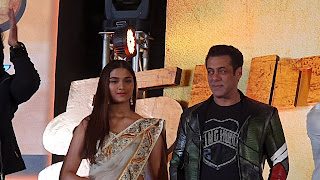 Despite the time lapse from the first instalment. Salman Khan has maintained the same zing, fitness levels and energy of the original.  He effortlessly carries off his younger version in the flashback and later the mature dad and husband of Rajjo ( Sonakshi Sinha).  The fights, punch lines and innate style of the character are all intact and the colorful , energetic songs add to the grandeur and entertainment quotient. Sonakshi is in her element though with not that much to do this time,  while Saiee makes a confident debut. Kichcha Sudeep, plays the evil yet stylish villain to the T with his expressions saying it all.  The climax ( bare- torsoed) fight is to watch out for. 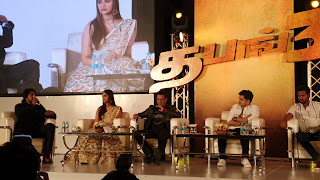 The lavish scale of the project and attention to detail right down to the set properties in the fight scenes ( the opening fight for instance) all add to the entertainment quotient.
The Tamil dubbing is on point and even the song lyrics have been set well to fit into the original tracks like Munna Badnaam hua. The Tamil version has dialogues and jokes relevant to the local flavor,  making the film relatable to the viewer. A lot of work seems to have gone into process, with positive results.

On the flip side, some of the comical scenes as with the minister and his brother- in- law dont come out too funny and there is perhaps one fight too many that could have cut the run time ( for instance, the length of the opening fight). The storyline is wafer-thin. Some ideas like hanging heroines high from posts remind one of eighties movies.