- December 05, 2019
By Rinku Gupta
Dhanusa Raasi Neyargalae is the debut direction of Sanjay Bharathi starring Harish Kalyan, Muniskanth, Yogi Babu, Reba Monica and Digangana Suryavanshi.
The film is a rom com with Harish breezing through the lover boy role that one now associates with him. He plays a young, urban man who believes strongly in astrology ( due to an idea ingrained in childhood at the loss of his father). He thus waits for the perfect match for himself according to the prediction of astrologers, rejecting many girls in the process. Until one day he falls for a girl (fresh and appealing debutante Digangana Suryavanshi from Bollywood , who is perfectly cast) who is aspiring to go to Mars in 2024 as she loves astronomy. Does she fit into his preset notions of the perfect girl for him? Or does he change himself? Does she give up her dreams for him? Who does he finally marry? 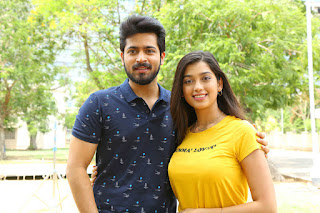 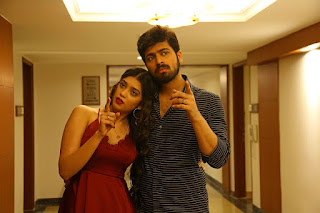 The casting is good and as a debut director Sanjay seems to have all the boxes ticked, like romance, comedy, songs, casting and sentiment in the right doses. Harish Kalyan looks his handsome best while Digangana has the poise and presence to carry off her role. But Muniskanth's comedy doesn't quite make the mark in generating laughs and could have been better written considering he's there all through the film. But a  dialogue of his  towards the end leaves an impression,  showcasing the serious  actor in him. Yogi Babu's role as the supposedly funny narrator seems forced and given his presence,  could have been used better. The ' lets see what happens now in their lives' kind of narration doesn't add any zing. 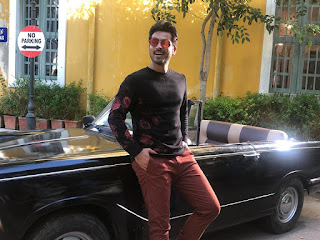 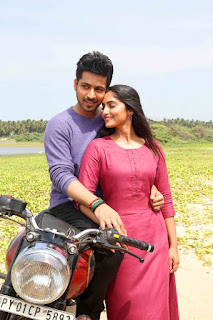 Though the film is dotted with cool cafes, beaches , large houses and an overall urbane look, the making seems dated and so does the handling of the premise. The story is largely predictable.  A lag develops as the story proceeds and scenes seems repetitive. The heroine saying she plans to go live on Mars and never return, doesn't add to the credibility factor. Its a rom come but chemistry seems largely absent.

The songs are well choreographed and the one scene that makes an impact is at the climax where the mother has a talk with her son. One wishes more scenes of the same depth had been shown  throughout. Time pass watchable for Harish's presence and sincere performance and new face Digangana.
Dhanusa Raasi Neyargalae Digangana harish kalyan