Jyotika &Suriya Productions' Ponmagal Vandhal has not only brought the couple together as producers, but also back together for another reason!

Suriya and Jyotika came together for a joint interview online, with ace Mumbai based Bollywood film critic, Rajeev Masand. 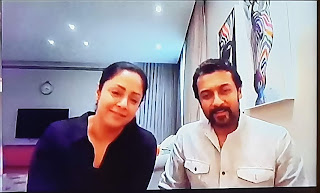 Featuring  in an interview on his You Tube channel,  on the eve of the OTT release of Ponmagal Vandhal ( on Amazon Prime on May 29th), the duo were all smiles and relaxed as they fielded questions from Masand. 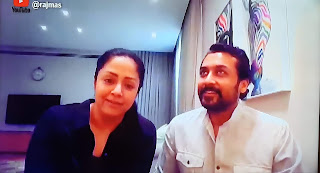 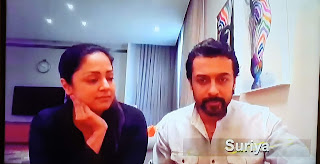 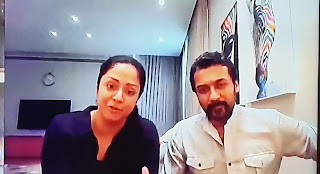 " This is our first interview together after nearly 13 years, " revealed Suriya at the outset. He seemed happy about the OTT release which will showcase the film in over 200 countries.

From questions about the film,  to family matters,  the duo answered them all with aplomb. The duo revealed little nuggets about their personal life as well. 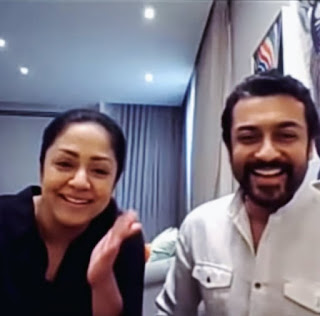 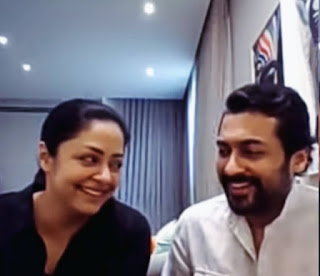 When asked about their kids, Diya and Dev, Jyotika revealed, " They have written about 5000 words on their experiences with Covid. One thing we are teaching them is gratitude for everything,  especially towards all those at the forefront like doctors and police personnel. They are now actually missing going to school!" 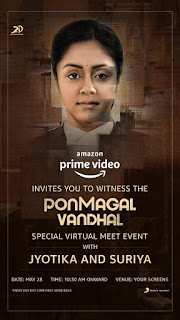 About life during lockdown,  they revealed,  " There are around  16 of us at home,  so we have meals together,  chat till late at night and play board games." The duo also revealed they watch films and programmes like  MasterClass on OTT, featuring the work of actors and directors.

Jyotika was all praise for Suriya's fan club network which,  she said did a whole lot of publicity for her films.
At the end of the interview,  Masand signed off complimenting the duo who he said were a prime example of  #couplegoals for others.