The Aha original is a look into modern day pressures faced by both genders on issues of romance,  love, marriage and professional life,  especially more so when they reach their thirties.

Bhanumathi ( Salony Luthra well cast, in a superb performance) is a well established professional,  whose love life goes on the blink when she gets dumped by her long standing boyfriend, just when she was expecting a marriage proposal from him. One of the main reasons is that her beau preferred  someone much younger to her instead.

Enter, a small town boy Ramakrishna ( Naveen Chandra aces the act high in Emotional Quotient ) whose only goals include getting married to a nice girl,  earning enough for his mom and family,  and settling for a happy,  well balanced though humdrum life. He ends up getting a job in Hyderabad,  in the same firm as Bhanumathi and gets to work in close proximity to her.

The duo are poles apart; she modern,  English speaking and living life on her own terms,  away from her family, while he is devoted to his mom,  speaks just a smattering of English and  is far removed from the glitz of big city life. 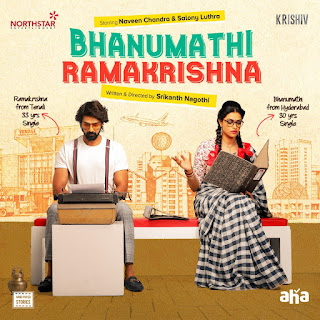 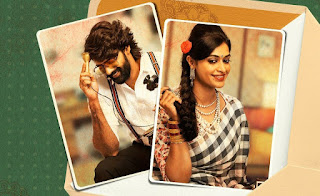 But they do have one thing in common.  Both are in their 30s , a factor which proves a stumbling block in finding a life partner.

Naturally there is a clash in the beginning, as neither understands the other.  But do these opposites slowly begin to attract? If so, how?

What works majorly for the film is the superb casting. Salony ( who gained 8 kgs to look the part of a 30 year old) and Naveen Chandra, both breath life into their roles and lend their characters such conviction with their body language, expressions and chemistry,  that you end up walking in their shoes.

Nagothi's attention to detail, tiny character traits, choice of situations and settings, all add value,in giving depth to his characters and making them come alive for us.

Little details are subtly put across, laced with humor. Case in point is the scene where Bhanumathi is chatting with a potential boyfriend ( editor of the film, Ravikanth Perepu in a cameo), when her school classmate shows up with her little son. One can almost hear the mindvoice of the guy as he looks at the little boy and perhaps calculates Bhanu's age!

Another plus is the way director Nagothi has kept totally away from preachy dialogues and melodrama.  For instance scenes like Ramakrishna meeting his estranged sister,or even the climax, are moving and effective,   without any traces of melodrama to prop them up.

The minimal use of dialogue, not pandering to ' best camera angles' for the leads, going with natural lighting which a scene demands without bleaching it for picture perfect, glossy frames, are subtle but hugely effective touches in making the characters and scenes more real for the viewer. Kudos to the synch between the cameraman- director partnership which must have made this possible.


Nagothi's choice of subject, exploring the life and choices of 30 somethings is quite refreshing, for rarely do rom- coms go beyond the cute and glossy ' youth' love stories.
Another refreshing aspect is presenting her highs and lows, her whys and why nots, her choices and her learnings from life,  from Bhanumathi's point of view, as she narrates her story from the start.

Also, (despite being a film with so many youngsters), there is no penchant for garnishing the film with the usual (over) dose of foul language, that is perceived to be  'cool'  in most OTT content these days. 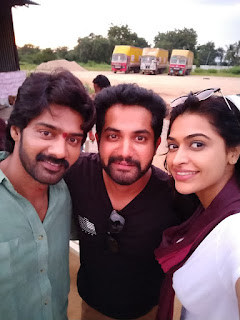 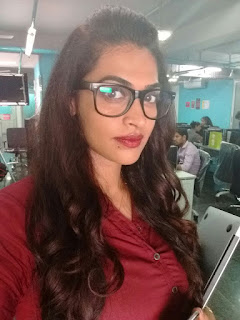 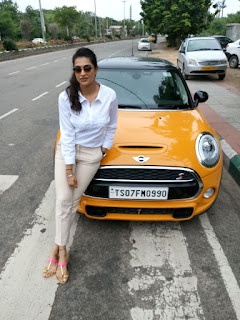 The way Bhanumathi and Ramakrishna get to explore each other's worlds, makes for interesting viewing,  with ample humor, emotions and just the right dose of tension thrown in.

The contrasting cultures both characters encounter in each other and how they grow to assimilate and slowly admire and go beyond  physical appearances, exploring deeper, and  discovering the meaning of true love, is brought out at a leisurely pace,  making for good viewing.


The way Ramakrishna is shown as a simple character ( not a simpleton) who wants to rise up in life, but is firmly rooted in his own cultural milieu without being swayed by the big city's glitz and glamour, seems to underline the importance of being comfortable in one's own skin. Looking westwards or going hi-tech for work, doesnt mean forgetting familial value systems and traditions  that shaped your personality, seems to be Nagothi's underlying message. Go with the flow, but don't be swayed in just any direction.  Ultimately,  it seems to be  this very rootedness that anchors Bhanumathi as she begins to look  beyond the limiting shackles of appearances and expectations she's been surrounded by.

What is particularly engaging is the way Nagothi subtly underlines the all important (and often overlooked) factor of mutual respect, that actually  forms the basis of  true and thereby, lasting, love. 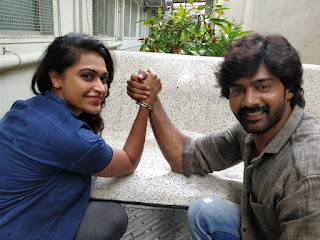 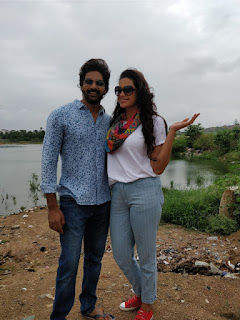 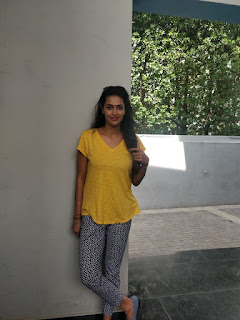 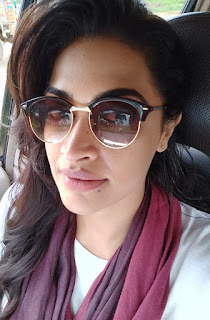 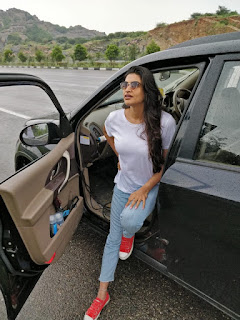 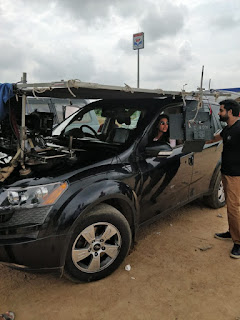 The film is set in a glitzy,  glass and morter , hi -end and totally modern backdrop that viewers can relate to.  But somehow, in deft touches,  Nagothi manages to instill a leisurely old world charm (much like his title) into his story which makes it a delightful watch... and therein lies the  magic of Bhanumathi And Ramakrishna.

A sequel to their onward journey would be in order!