Compliments galore have been pouring in for Suriya's Soorarai Pottru from audiences worldwide ever since it's release on Amazon Prime last week. The latest actor to tweet his admiration is Tollywood hero Vijay Deverakonda. The actor saw the film with his friends and was completely bowled over. Three of his big gang of boys  even cried during the film.

Deverakonda tweeted, "#SooraraiPottru #AakaasamNeeHaddhuRa -Watched it with a big gang of friends, all boys, 3 of them cried, I was just raging through the film and fired up to see the outsider make his statement 🔥 and a statement was made!"  Deverakonda himself being an outsider who made it big in the film industry could perhap relate to the lead character  and be fired up  with him succeeding against all odds. 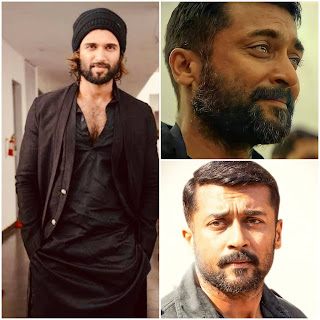 The actor is in total awe of Suriya the actor and producer for fully believing in the underdog story. Deverakonda added, "@Suriya_offl na - what a terrific performer, you just feel love for him as an actor giving it his all, even backing it as a producer. ❤️"

So impressed is Deverakonda that he now actually wants to work with its director,  Sudha Kongara. Deverakonda wrote, "@Sudhakongara_of - I will work with you soon :) This is me professing my admiration for you as a director. " 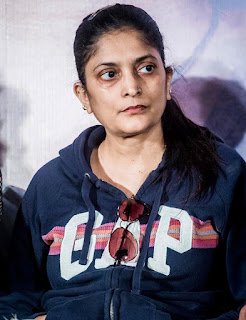 Deverakonda admired Sudha's choice of heroines too. He wrote,"@Aparnabala2 - I kept wondering where does Sudha find these amazing women to play in her films, so real, an actress totally in command". Incidentally  Sudha has directed  Guru ( Irudhi Suttru remake), in Telugu earlier with Venkatesh and Ritika Singh. Ritika  was  real life  boxer -turned -actor and won kudos and even a National Award for her performance. 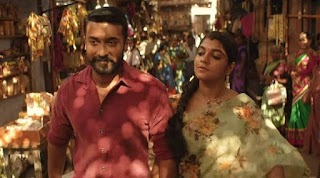 So pumped is Deverakonda by the film that he is now planning to read the  book by Air Deccan founder, Captain Gopinath, on whose life the film is based. " I dont know how much is true and how much fictionalised - so ordering the book #SimplyFly to read more about Captain's journey... Also Fck people like Paresh Goswami :) Definite watch in Telugu or Tamil - cheers!"