The story revolves around Bhoominathan ( Jayam Ravi) who wins a scholarship to Nasa as a kid from a village in TN and goes on to become a respected scientist there.  He becomes famous for his research on Martian soil collected by a Rover mission, and successfully replicates plant growth on soil samples at an International Space Station.

During a visit to TN, he learns of the atrocities on farmers struggling under loans and  several other problems and lack of support.  A turn of events,  sparks rage in him and he decides to give up his proposed mission to Mars at NASA ( paying a hefty fine) and settle in India to help the cause of farmers. 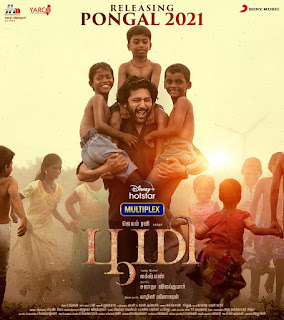 His task becomes even more difficult when he runs into international corporate giant Richard Child( Ronit Roy) who tries to kill his spirit and smother his movement to make farmers self sufficient. Does the villain succeed?

Jayam Ravi carries the film successfully on his shoulders with his sincere and credible performance, with just the right mix of fiery emotion, inspiration and action.  He  stands out specially in the emotional and stunt scenes.

Niddhi Aggerwal is given her  moments of romance and later forms part of his support system as he rallies farmers and youth. But we wish  her scenes had been better written. 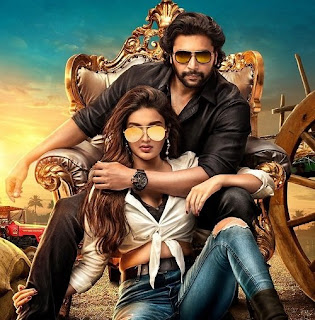 There are several dramatic, sentimental and action scenes to keep the viewer engaged. The songs are well choreographed with some well executed montage songs which show Bhoomi's efforts at integrating New Age organic and scientific farming measures.

Director Lakshman seems to have integrated his scientific research  of Mars missions with  few dollops of fiction, to make his story seem credible in places ( for example scenes like discovery of a Co2 pill for breathing on Mars). But the film strives  to be  inspirational, and seems to  partially succeed at few places like  in references to New Age farming  and rediscovery of ancient  farming methods. The scenes where he integrates former corporate employees into an agricultural set up, stand out, meant to make youth think along alternative lines.  Lakshman's research on seeds seems commendable. The  ancient custom of preserving seeds kept in Temple towers is also highlighted.

On the flip side,  solutions seem to be reached far too easily and quickly and the face- off with the powerful Richard doesnt elicit the fear it should, given the man's supposed  powerful international reach. Incredulous scenes like the villain peeing in a pot in a politician's home could have been avoided.  The film seems to rely more on fast -paced, frenzied whipping up of emotions in several instances. The screenplay moves so fast that there's no time for anything to sink in. It's as if there's a lot to be said and the director wants to cram it all in quickly. The over the top corporate bashing  to drive home his point could have been toned down. The final scene is a tad more comical than perhaps unintentionally intended.

Overall, the film, with a large dose of messaging  seeks to restore a sense of  pride in farming,  and  link ancient organic methods  to modern scientific ways, for an integrated whole, all within the periphery of a mass family entertainer.