The shooting of Anandham Vilayadum Veedu starring Gautham karthik and Cheran in principle roles, is on full swing and the team has successful kick-started the second schedule in Dindugal. 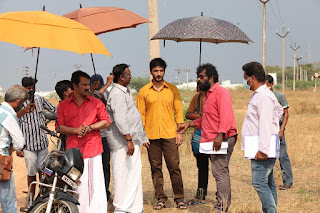 Producer P. Ranganathan, Sri Vaari Film, says, “I am so happy with the way, Anandham Vilayadum Veedu is shaping up. Director Nanda Periyasamy is doing a fabulous job by exactly making the movie as he narrated. In particular, the episodes involving Gautham Karthik and Cheran sir are so nice to see. We have now successfully started the second leg shooting in Dindugal."