The whodunnit  revolves around Aadhira,  (Aishwarya Rajesh)  a cop who is on the hunt for her missing friend Deepa Suriya( Ananya Ramprasad), who is feared dead. As she tries to unravel  the mystery she finds the plot getting thicker with puzzling discoveries.

On the personal front, she meets a young man  (Subhash Selvam) whom she falls in love with  and eventually  decides to marry.

But things dont go as planned, when her professional life gets entwined with her personal one, leading to some startling discoveries. 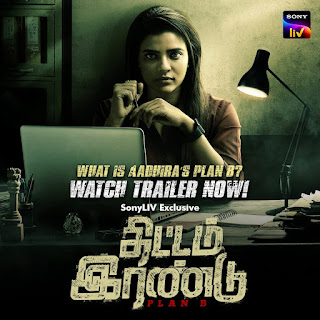 The director has used the thriller genre to spring another surprise, that of a not -often- discussed societal issue which has several fallouts in the lives of  affected parties.  Vignesh's efforts to do so in a compact, slick format in a non-preachy way  are commendable, though some may feel let down by his diversion from the thriller genre.

A stellar performance by Aishwarya Rajesh who carries her role with dignity and poise, is the mainstay of the film. Aided by a solid supporting cast, brief dialogues, no loud melodrama, nor unnecessary ' commercial' diversions and good art direction, the film makes for an interesting watch. A brief but gripping, chase scene, pleasantly shot visuals of the lead's quiet romance  by Gokul Benoy are some of the scenes to watch out for. After watching the climax scenes, the dialogues during the romantic interludes take on a different and deeper meaning.

On the flip side, there may be some loose ends left unanswered, that may leave one a tad disappointed for fans of the thriller genre. But it may be argued that Vignesh has also in a novel manner, brought out a social issue, using the thriller genre, via events which showcase how desperate some people can get when pushed to a corner when facing societal pressures. 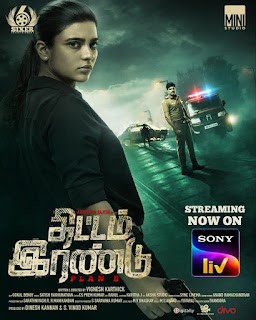 Overall, solid unforseen twists at every turn, good build-up of suspense, sensitive handling of a message, good making by a debut director and a well chosen cast with their credible act, aided by a rock solid performance by Aishwarya, are the highlights of the film.

One more  heroine- centric story  from Kollywood, with Aishwarya Rajesh proving her mettle yet again,  makes for  interesting viewing on Sony Liv.