The thriller with an unusual theme, seeks to shed light on the admission racket and corruption in engineering and medical college admissions and how students are exploited for money by greedy owners and middlemen who specialise in this field of luring youth with the promise of a sound education and a promising future. 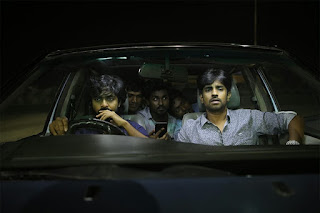 GV Prakash plays Kanal, an engineering student who gets caught up in this web, in his drive for earning a fast buck, and fed up with the burden of expectations of his family,  caught up in a field of study he doesnt like. He soon learns the ropes and starts earning good money, when tragedy befalls his friend ( DG Gunanithi) and the pitfalls, of the dangerous game he is playing dawns on him.

Gautham Menon as Ravi Varma, plays a powerful and dangerous middleman who is a master of the game. What happens when one is pitted against the other, due to a series of circumstances? Who are the enemies out to get them both? 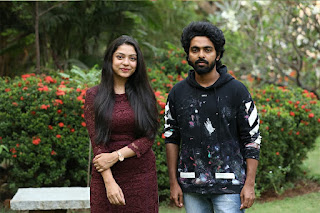 The storyline is refreshingly different while the screenplay keeps you rivetted to the screen.  The casting is excellent, with GV Prakash bringing an energy, drive and urgency, in a,soulful and earnest manner. Watch out for one of the gripping action sequences shot inside a cramped apartment He gives us his best, in a memorable role in his career graph as an actor.

Gautham Menon brings a panache to his character proving his mettle once again as an actor. Watch out for his special action sequence 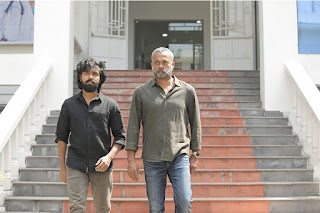 Varsha as GV Prakash's love interest is aptly cast. The emotional scenes between Vaigai Chandrasekar, and his son,  accurately depict the situation in many families and touch a chord.

While the director deserves kudos for his choice of subject, research and detailing, the film moves so fast, that it seems rushed in places, not giving us time to soak in the situation. The dialogues, though realustic, are too speedily enunciated in several places, making it a task to keep up.

Impressive performances, a good subject, sound emotional quotient, and a slice of life feel with a message, make Selfie a good watch.