The story centres,around Mathi ( GV Prakash in a neat performance, totally apt for the role) who keeps trying to get a patent for his various inventions but faces rejection from the government every time.

In the meanwhile,  his fathe 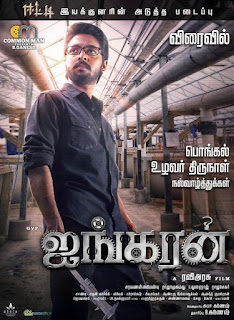 r,  a cop, is hot on the heels of a jewellery heist gang led by a notorious criminal ( Siddhartha Shankar in good performance).  By a quirk of fate, when a kid falls into an open borewell, Mathi hears of it on TV and chance encounters bring him closer to the criminals who are also involved in this so -called accident. Mathi who, despite opposition  from a corrupt cop, is detetemined to save the child with his unique invention, discovers he has to also save his father from the deadly villains. Does he succeed?

The film is a fast-pace thrilling ride, with an interesting storyline. The non-linear screenplay is a big plus which keeps you glued to the screen and the grey cells ticking. Kudos to the director for a different storyline than the usual, with his hero playing a talented inventor. The apathy of government bodies to talented youngsters is also highlighted. 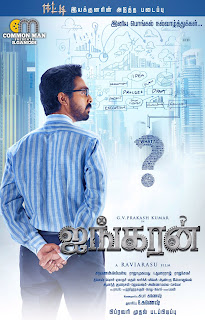 GV Prakash's performance is a highlight,  as he gets into the skin of Mathi, playing the intelligent boy -next -door, good samaraitain, to the T. A meaty role for the actor which he plays to perfection.

The jewellery heist scenes, with the deadly villains are well executed, with Siddharth Shankar well cast as the wily, ruthless ringleader, proving a worthy foe for the hero to combat, this raising the thrills in the superbly choreographed action scenes.

Mahima Nambiar as a nurse brings an innicent charm to her role and also later fits into the story's crucial scenes. The way the director has linked seemingly unrelated events to each other, nearly tying up everything to each other,  is another highlight of the film.

The supporting cast of Kaali Venkat, Naren and others are very aptly cast. Dialogues are kept to the necessary minimum and there are no distracting tracks, making the film a compact and neat watch.

Though the film took a long time to release, the theme and execution look contemporary.