A cop, Regina ( Sriya Reddy in a screen comeback) is at loggerheads with the local Cement factory union leader, Shanmugam ( Parthipan) in a small village of Sambhaloor. Trilok ( Harish Uthaman) is the young MD with ideas of his own on how to quell a labour uprising in the factory. 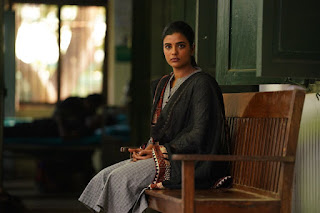 During the local Mayana Kollai festival, a teenage girl goes missing. Tensions rise as Sakkarai ( Kathir) another cop, and the missing Nila's sister Nandini ( Aishwarya Rajesh), go in search and return with unexpected answers. As investigations proceed, the layers peel off like an onion and the villagers are sucked into a vortex of more and more complicated surprises.

What is the reason for Nila's disappearance. Who is the real culprit? These are some of the questions that need answering. 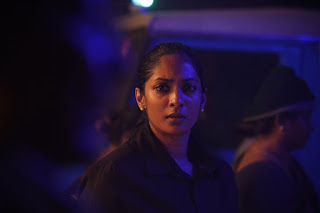 The director duo have superbly captured the tension in the small town as emotions go on a spiral, all in the backdrop of the local festival which is a riot of color and sound, beautifully captured on camera. Reflecting suitably the  confuion, mysteries and turmoil in the minds of the locals are the scenes and dialogues, highligted by credible and solid performances of all the cast members. 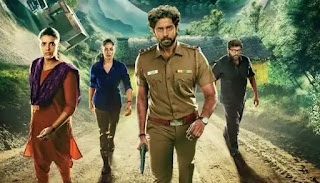 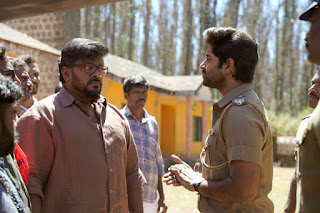 The series may seem slow in some places, but makes up for lags with enough twists to keep interest piqued and keep the viewer interested in what's next.

The pittoresque locations are well chosen and the small town lives with the local flavour are well captured. All through,  the tension keeps the viewer on edge. Each of the main characters is given ample detailing to keep you invested in them.

Suzhal The Vortex, a thrilling and engrossing watch with its gripping sequences, a rivetting blend of fear, anxiety, mystery and sorrow, steeped in local flavours, and with an important social issue highlighted.   Streaming now on Amazon Prime.