Hansika- 'Maha is a new chapter in my career' 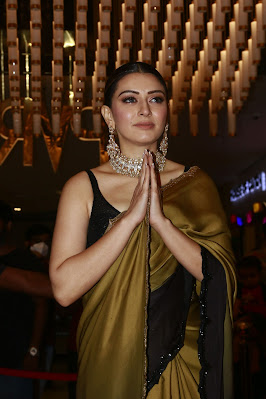 Here are some excerpts from the event.Producer K Rajan said, “The trailer has created a great impact assuring the intensity of full-length feature. Director’s hard work is very much visible in this trailer. The editor and music director have contributed a lot to this movie. I wish grand success for the actors and technicians of this movie, and a great profit for the producer."Filmmaker Seenu Ramasamy said, “It’s great to see Hansika Motwani choosing such content-driven story and character. I appreciate producer Mathiyalagan for showing interest in unique movies. He is such a great entrepreneur, and I am glad that he chose cinema out of sheer passion. , I request the media and press not to emphasize the delayed release as few would spoil it. I am sure press-media friends will encourage and make this movie, a great success.” 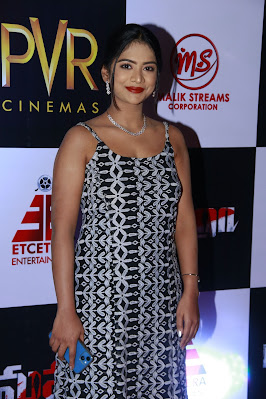 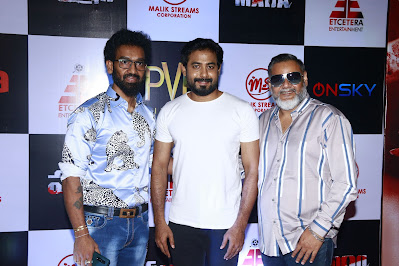 Cinematographer Ravi Varman said, “Producer Mathiyalagan has an insatiable passion for cinema. I met him over 30 minutes meeting across a night to narrate a script, and he instantly handed me an advance amount to materialize it. I am sure Maha is going to be a sure-footed winner. Hansika Motwani looks amazing, and her performance in the trailer is great.”Actor Thambi Ramaiah said,  “Hansika Motwani is the soul of this movie as the project found escalation after she came on board.  I am so glad that Silambarasan TR has elevated the movie with his screen presence. He isn’t just a cameo but will appear for 40 minutes. Producer Mathiyalagan is a man of passion, whose commitment to cinema is incredible. I am glad to be a part of this movie, and I am sure, audiences will like it.”Actor Aari said, “There’s a similarity between Silambarasan TR and Hansika Motwani. We all know that he has played a special role in a female-centric movie like Maha. It’s the same with Hansika Motwani, who at the peak of her career, chose to pair with newcomer and upcoming heroes like Udhayanidhi Stalin sir in Oru Kal Oru Kannadi and Maan Karate with Sivakarthikeyan. I am working with Hansika in a movie, where I got the chance to admire her quality, which makes her the most commercial successful actress. I am impressed with the amazing trailer. Initially, I was supposed to be a part of this movie, and I had been for the audition as well, but couldn’t do it due to some reasons. I am so happy with the patience and persistence of producer Mathiyalagan sir in nurturing this movie.”Actor Karunakaran said, “I thank producer Mathiyalagan for making me a part of this movie. Hansika Motwani has done a fabulous job. I am a great fan. Usually, we find her performing jovial and happy-go-lucky girl roles, but this one is entirely different. My eyes got moistened when I saw her emotional performance in this movie. Maha is going to be a great movie for audiences.”Filmmaker RK Selvamani said  “I am exaggerating this, but to bebut to be honest, I felt the same impact of Pulanvisaranai movie while watching Maha trailer. Mathiyalagan got acquainted with me during an issue, and I got to know that he is such a great and good-hearted person. Hansika Motwani has given her complete dedication to this movie. It wasn’t just her, but her mother too had requested me during a critical juncture to release this movie. When the 100 Years of Indian Cinema show was organized, we wanted someone to dance to the compiled songs of Former TN CM Late J Jayalalitha madam. We had shortlisted five actresses and asked for her suggestion, and she chose Hansika Motwani. I feel proud of Hansika’s gesture of promoting the movie unconditionally, and request, other actors to promote their movie as their project. I request Silambarasan to be actively involved as he has the potential to deliver blockbuster movies consistently.”Director Lakshman said  “In Tamil Cinema, the hero value adds more embellishment to the movie, and I am so happy to see that Hansika Motwani has gained that maturity. With her presence, she has managed to bring the big names in the industry like Silambarasan TR. I have worked with Hansika Motwani in a couple of movies. She is a sensible actress and has lots of script knowledge. I wish great success to the entire team.”Cinematographer Lakshman said “I thank everyone for appreciating the camera works in this movie. I thank producer Mathi sir for trusting my vision and believing my conviction during the creative process of translating it from script to visuals. Malik Stream Corporation has been the alchemist in turning this movie into a greater product. Hansika Motwani has been a great support in nurturing this movie. Child artist Manasvi has done a fabulous job. There are lots of gray shades in this movie. Both Thambi Ramaiah and Karunakaran have done it excellently. It’s a commercial-driven suspense-thriller movie and all the actors have done a great job. I am working with Simbhu sir after Poda Podi, and it’s a great moment for me.”Child Artist Manasvi said, “I thank producer sir, director sir and everyone for a kind support. There was a rope scene in this movie, after which, Hansika Motwani mam gave me a chocolate. I thank the entire crew, producer Mathiyalagan sir for this great opportunity.” 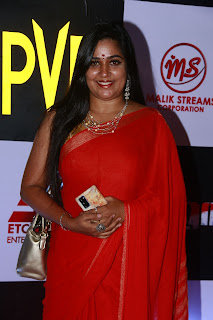 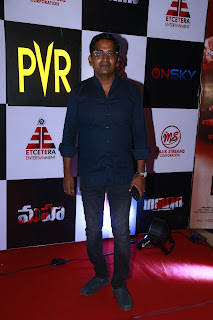 Director Nandha Periyasamy said, “Mathiyalagan is a lover of art forms, and he is such a great lover of cinema. I coincidentally met him during a flight journey from Mumbai to Chennai, when I narrated a script. You won’t believe, he gave me an advance cheque, and asked me to materialize this project. I watched the uncensored version of this movie, and I was spellbound over the terrific performance of Hansika Motwani. Silambarasan TR has done a remarkable job in this movie, and his scenes will be tremendous in the theaters. This movie, an eye-opener, will enlighten audiences about safeguarding the girl child at home.”Director Vijay Chander said, “The movie has lots of amazing factors. Hansika Motwani is great when it comes to rendering fabulous performance. Silambarasan is yet another core attraction of this movie. Maha is going to be a special movie. Audiences will definitely enjoy this movie in the theaters.” 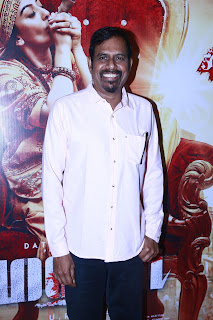 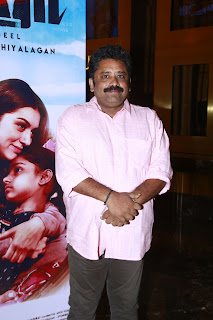 Co-Director Vijay said, “It looks like a success meet. I thank producer Mathiyalagan sir, Malik Stream Corporation and Hansika madam for a wonderful support. Especially, Hansika madam left us awe-stricken with her incredulous performance during the climax action block, where she was deeply injured, but still didn’t want to give up, especially during that period of Covid phase. The movie has come out very well, and so far, I have watched the movie 300 times.” 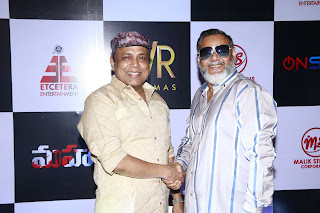 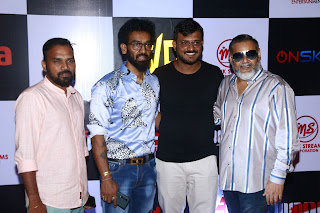 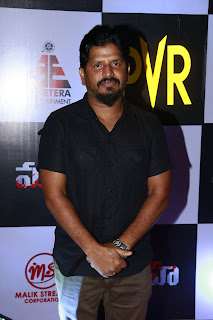 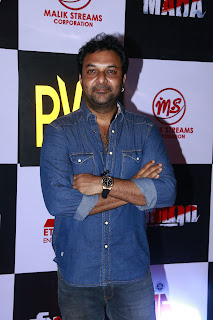 Onsky Muthu said, “We have stepped into the distribution of movies in Tamil industry through the movie ‘Maha’. We have already confirmed 400 screens. I thank Mathiyalagan sir and Malik sir for being supportive.”
Actress Hansika Motwani said, “I thank my mom for making Maha as my 50th movie. It’s a new chapter for me in my career. This movie is special for many reasons. I thank director for getting such a great script for me. I thank the actors and technicians for making this movie more special. I like to thank my dear friend Simbhu. Such a gesture reveals his good-heartedness. Despite being a great star, he stepped into the project of Maha, when it needed him the most. I thank the entire team for saying good things about me. Maha will be a special movie for all of us, and audiences as well.” 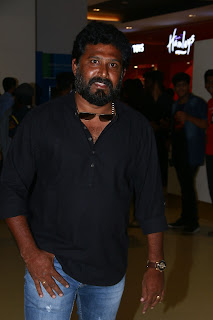 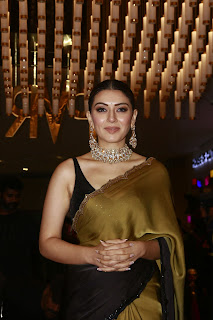 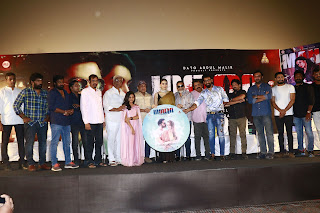