Amala plays a proficient forensic pathologist (Dr Bhadra) who is pasionate about her work.  She is drawn into a case of a prisoner Vetri ( Thrigun aka Adith Arun) who reveals he has killed a heart surgeon. When a cop ( Harish Uthaman) brings a case of  a dead body to Bhadra for her expert opinion, a series of events link Vetri, nefarious activities in a hospital, an orphan girl who is killed (Athulya Ravi) and several more characters. As dead bodies pile up,  the mystery deepens. Who is behind all the killings and why? 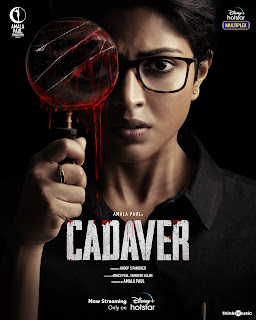 Cadaver works well with a taut screenplay, a dash of emotions and sentiments, characters neatly portrayed, crisp dialogues sans any meandering lines and supsense that keeps going till the end.

Amala Paul, who is also the producer, shines as Bhadra, doing full justice to her role, looking every inch a professional  who knows her work well, fully in command and passionate about her work. Her character is neatly etched right down to details like  hair cut and costume. She carries the film ably, displaying just the right amount of emotions when needed.

Harish Uthaman makes his presence felt in a crisp performance and Thrigun, Athulya, Riythvika and Munishkanth are well cast. 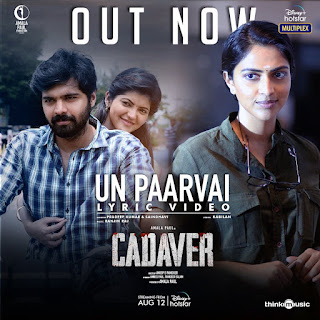 There are no unnecessary diversions and the screenplay sticks to the story genre, which itself can be commended for being different from the usual, as the title itself indicates. The detailing and information on criminal forensics is well explained in layman terms,  as and when the storyline requires. Good visuals with a color palette in keeping with the central theme and a befitting bgm add to the viewing experience. 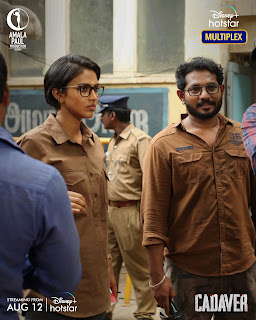 However, the transition between time frames takes  getting used to in certain instances.

Overall, Cadaver is a neatly made crisp, engaging and informative medical thriller, with a dash of emotions and supported by good performances by a well chosen cast. Streaming now on Disney Hotstar.