Rishab Shetty's directorial ( he also the film's writer) starring himself in the lead, Hombale Films' Kantara released in its Tamil version today on Oct 15th in theatres, two weeks, after the Kannada original release. The film is being released in several languages including Hindi and has a pan-Indian reach. 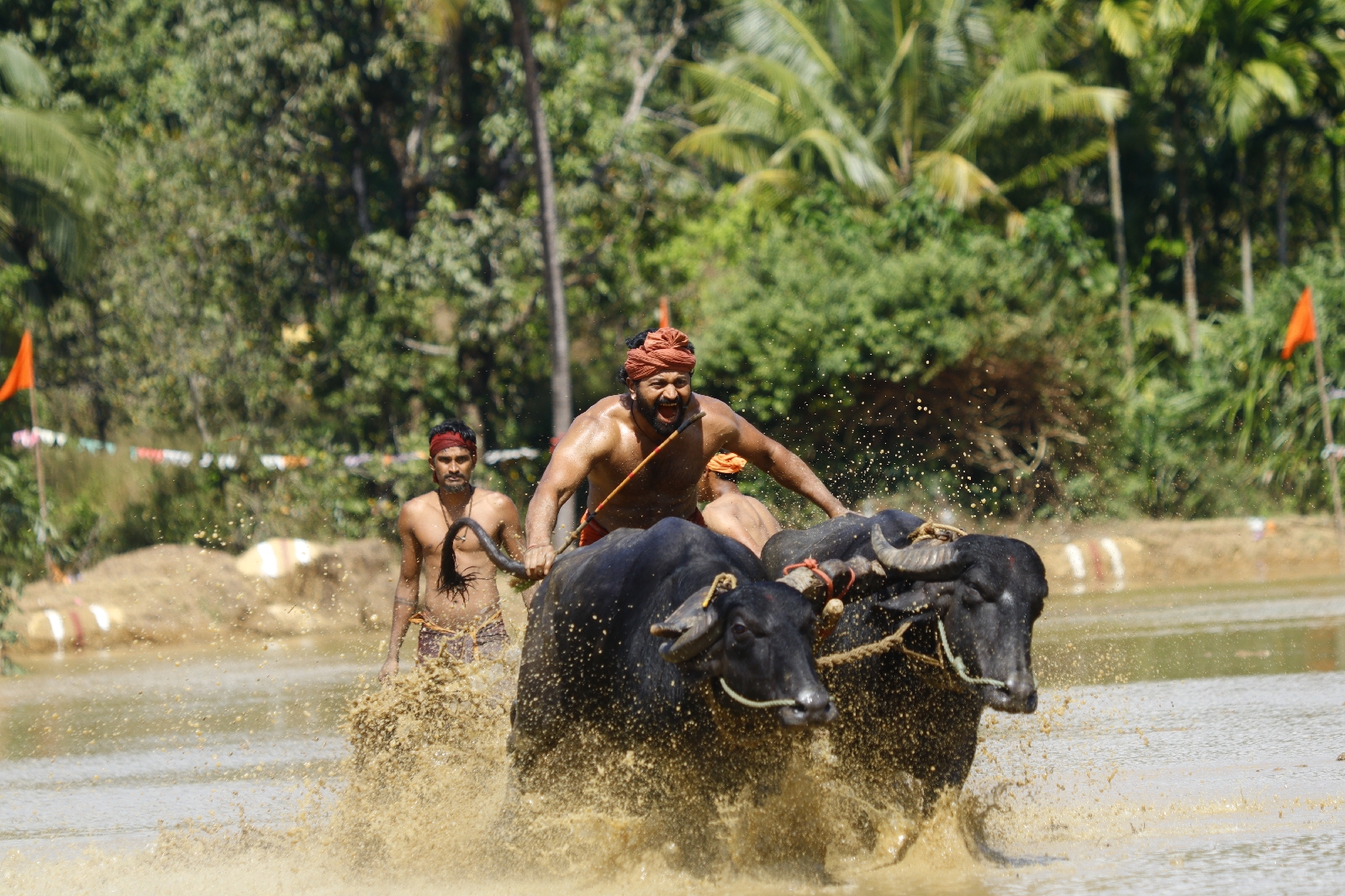 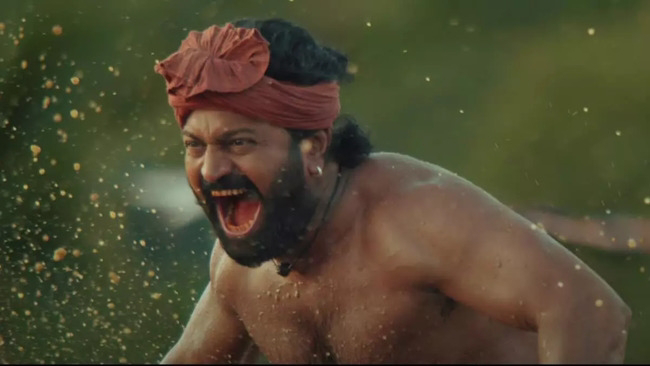 The story travels through different time periods. In 1847 a king  in coastal Karnataka, who has everything in life, but is still in search of inner peace, find relief and solace in a deep forest when he finds an idol of a local God, the Guliga Daiva. In return for taking the God's idol away with him,  he gifts the locals all his lands in that area. 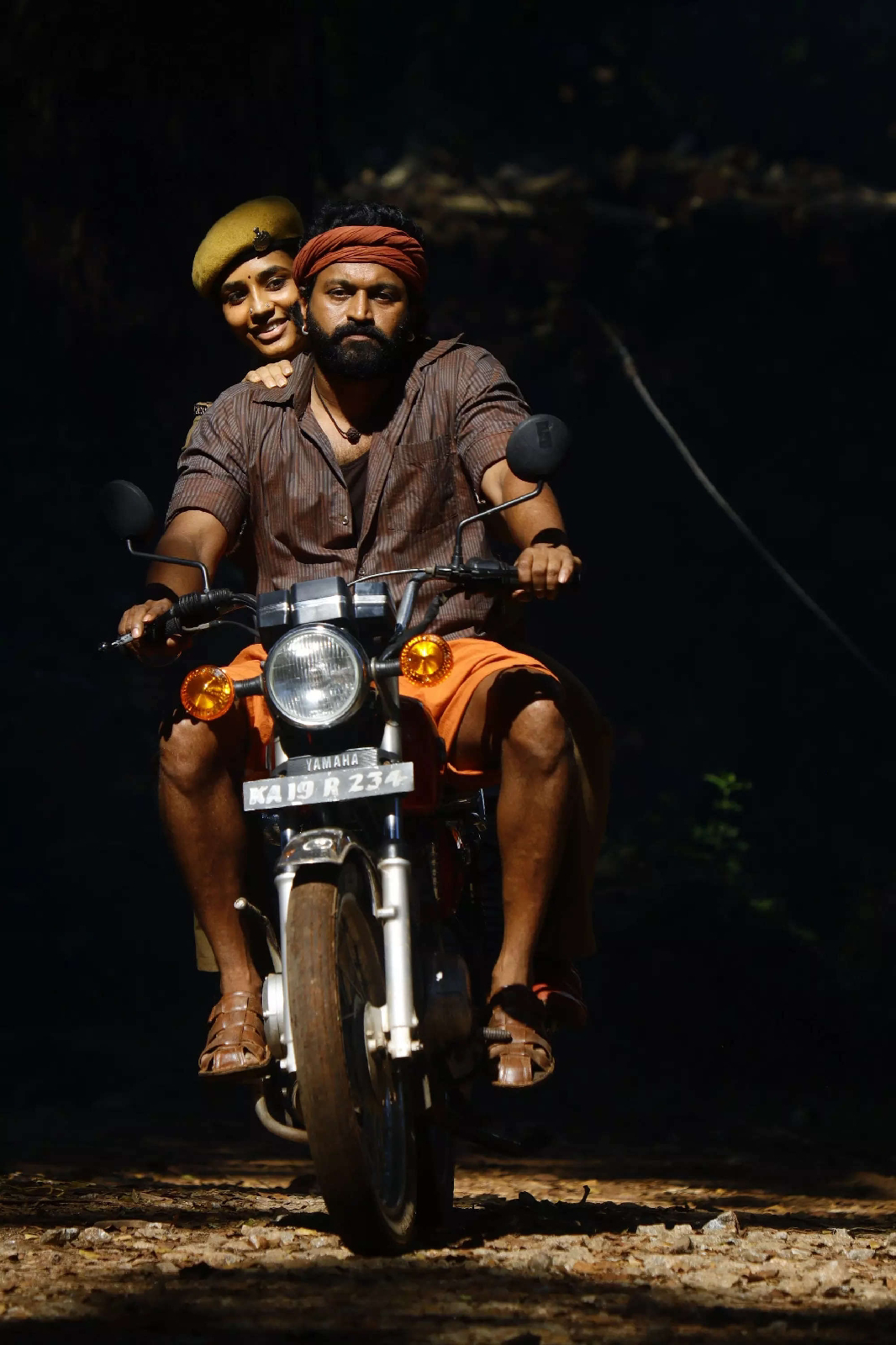 Cut to  the 20th century, when his descendants turn greedy, realising the value of the lands given away, where people from the forest have made their home. In an effort to somehow get the land back, in the 1990's, one descendant Devendra (Achyut Kumar) tries different ways to achieve his goals, fooling the locals into thinking that he is working for their benefit. 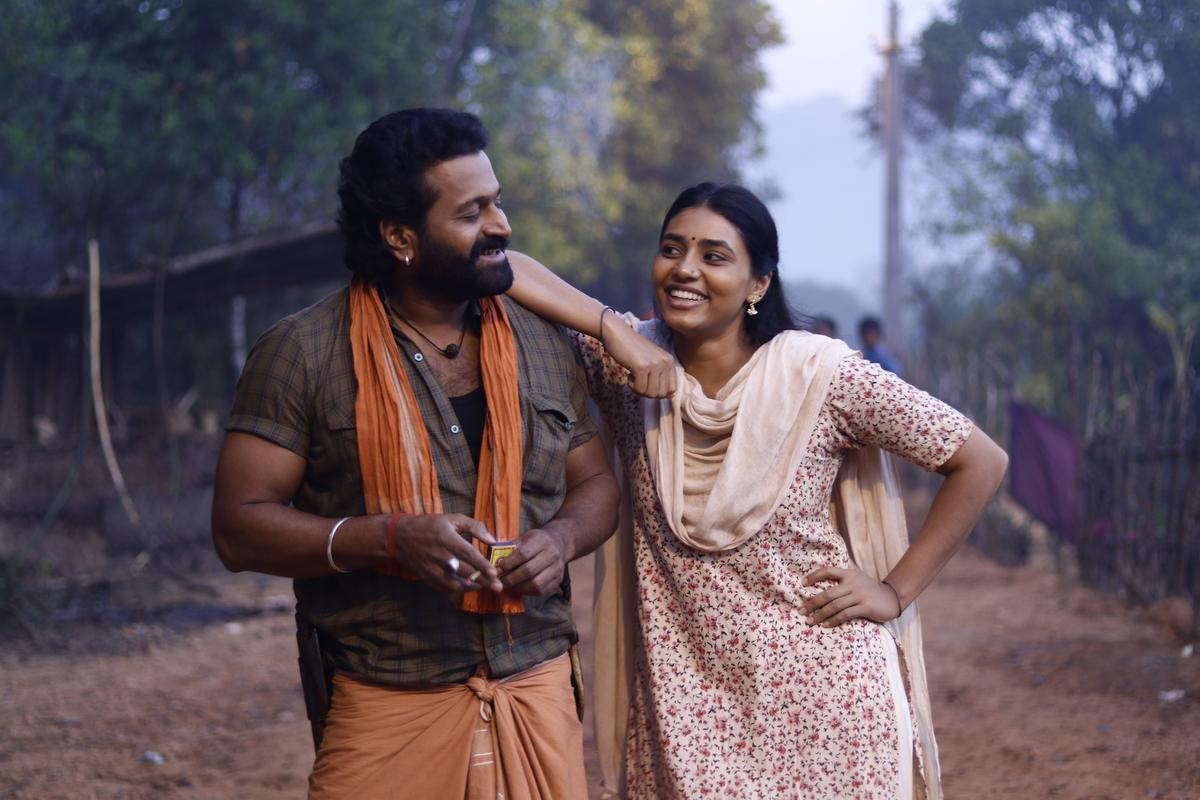 A new, strict forest officer,Muralidhar (Kishore in superb performance), also wants to enforce the laws and make the land into a protected,  forest reserve area.

Both however, have a common obstacle in their path, namely Shiva (brilliantly played by Rishab Shetty who transforms himself completely into the raw character), who is fiercely protective of his land and his people.

In this scenario, there is also the unshakeable belief and worship of the powerful Daiva, who descends upon the priest in a trance and guides and protects his people. One dark night, however, things come to a head  and all mayhem breaks loose.

Does greed win over good? Does the Daiva the locals have total faith in, come to their rescue? What is Shiva's personal connect to the rituals and the Daiva, that he must now face?

Kantara is a one-of-a-kind film, where Rishab excels as both director and protagonist. The superb blending of the strong Bhootakola, Guliga and Panjurli daiva rituals and customs of coastal Karnataka into a storyline relating to greed, deceit, love for Nature and the victory of good over evil,  makes for an ultimate cinematic experience.

Moments stand out,  like Rishab's entry in a Kambala race, the Bhoota kola  rituals which leave an indelible mark, the powerful and raw stunt scenes and the superbly choreographed climax sequences.

Ajaneesh Loknath's music and bgm complements the racy screenplay, while the remarkable camerawork by Arvind S Kashyap is just outstanding.

Every artist is well chosen. For Kishore it's yet another impactful performance, while Rishab's act especially in the climax scenes of the last 20 minutes or so are spellbinding.

Sapthami Gowda as Leela the young forest officer torn between her people, her love and her job,  leaves a mark as does Achyut Kumar's finely nuanced performance.

The highlight of the film are  the realistically  portrayed rituals which establish a deep connect with the viewer. The simple lives of the folk of Tulunadu, their culture and beliefs and their deep connect with Nature and the divine are beautifully portrayed.

Kantara is an engrossing big screen experience that draws you in and leaves you spellbound. Realistic, rooted, raw, not- to -be -missed.