- October 15, 2022
Repeat Shoe is a Yogi Babu, Dileepan, Priya Kalyaan, KPY Bala and Redin Kingsley starrer, which released in theatres on Oct.14th. The film is directed by Kalyan with music by Sam CS and produced by  Netco Studios and ATM Productions. 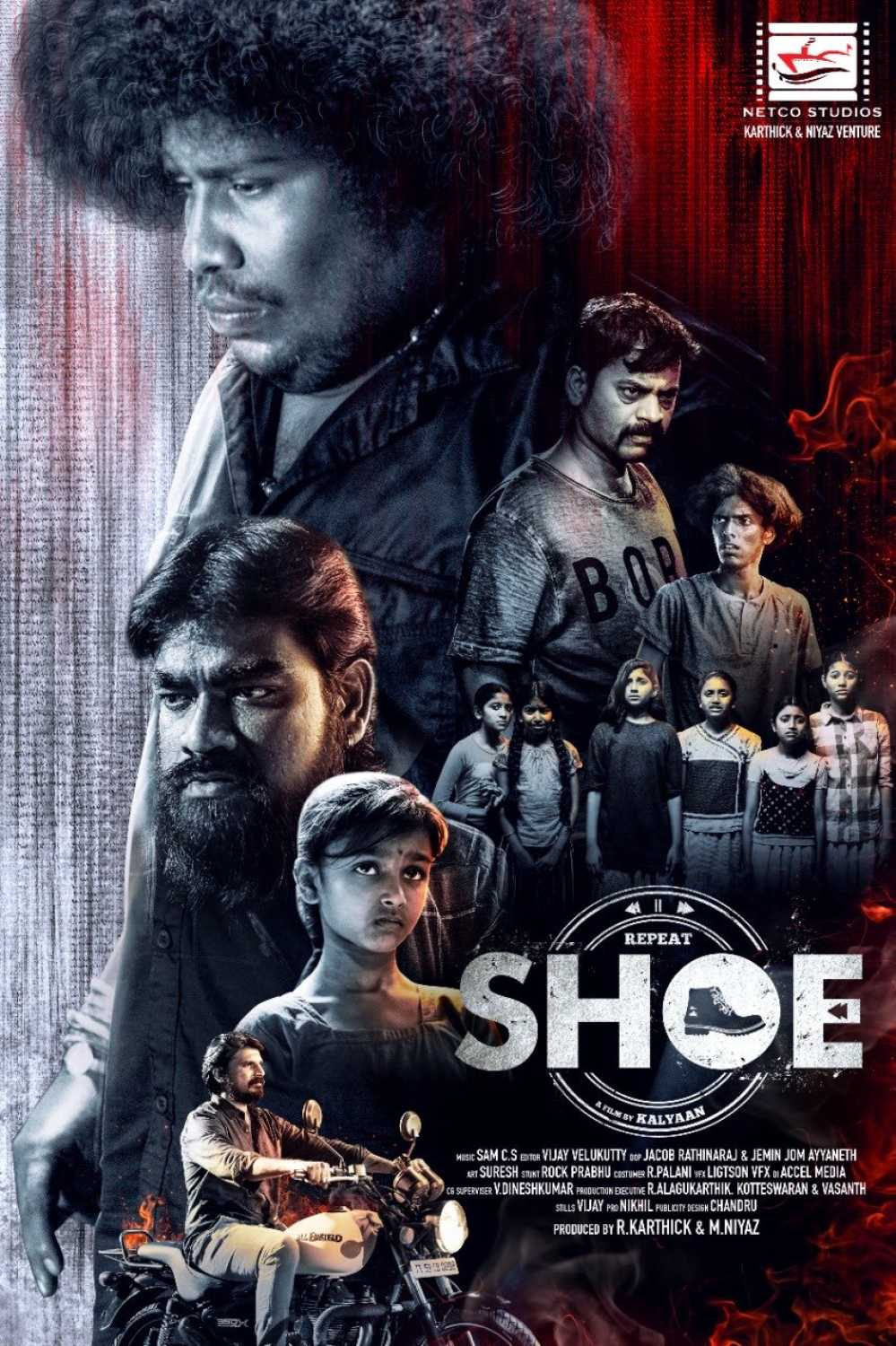 The film revolves around the horrors of child trafficking and a mysterious pair of time travel shoes invented and worn by Dileepan in the film.
A dangerous gang is transporting girl children  in a large lorry tanker into a thick forest where they are ruthlessly treated and  tortured before being exploited by aged men.
A drunken cobbler sells his little girl child  Priya ( Priya Kalyaan in a superb performance) to the same gang. The brave child however, induces the trapped girls to flee.
Yogi Babu, KPY Bala and Kingsley get involved into the life of the child when she finds the magical shoes and hands them over to Yogi Babu when she loses his pair given for repairs. Concerned with her welfare, they now try to find her and save her from the gang. What happens to the children and what is the secret behind the shoes?
The acting of the girl child artist is one of the highlights of this film. Yogi Babu and his gang do more of the usual though the actor  has been given an emotional angle in this film and does well in those scenes.
The trafficking scenes are heart wrenching to watch. But they  get a tad repetitive after a while in the way they are filmed.
How the shoes work and the climax will take a lot of concentrating and computation to be grasped.
The chase scenes in the factory are well executed. The plight of the child whose life is destroyed by the loss of a mother and having to live with a drunken father and bear the brunt of earning a living as well, is movingly portrayed.
Shoe has noble intentions with a concern for children affected by crime and  brings in a unique sci- fi angle with  time travel Shoes into the storyline. But a tad more fleshing out of the story, a faster  screenplay in places and toning down the melodrama a bit, would have been added to the film.
However, the attempt to show the bravery of a little girl in facing the toughest of situations in life and inspiring others to break free, is well portrayed and deserves kudos.