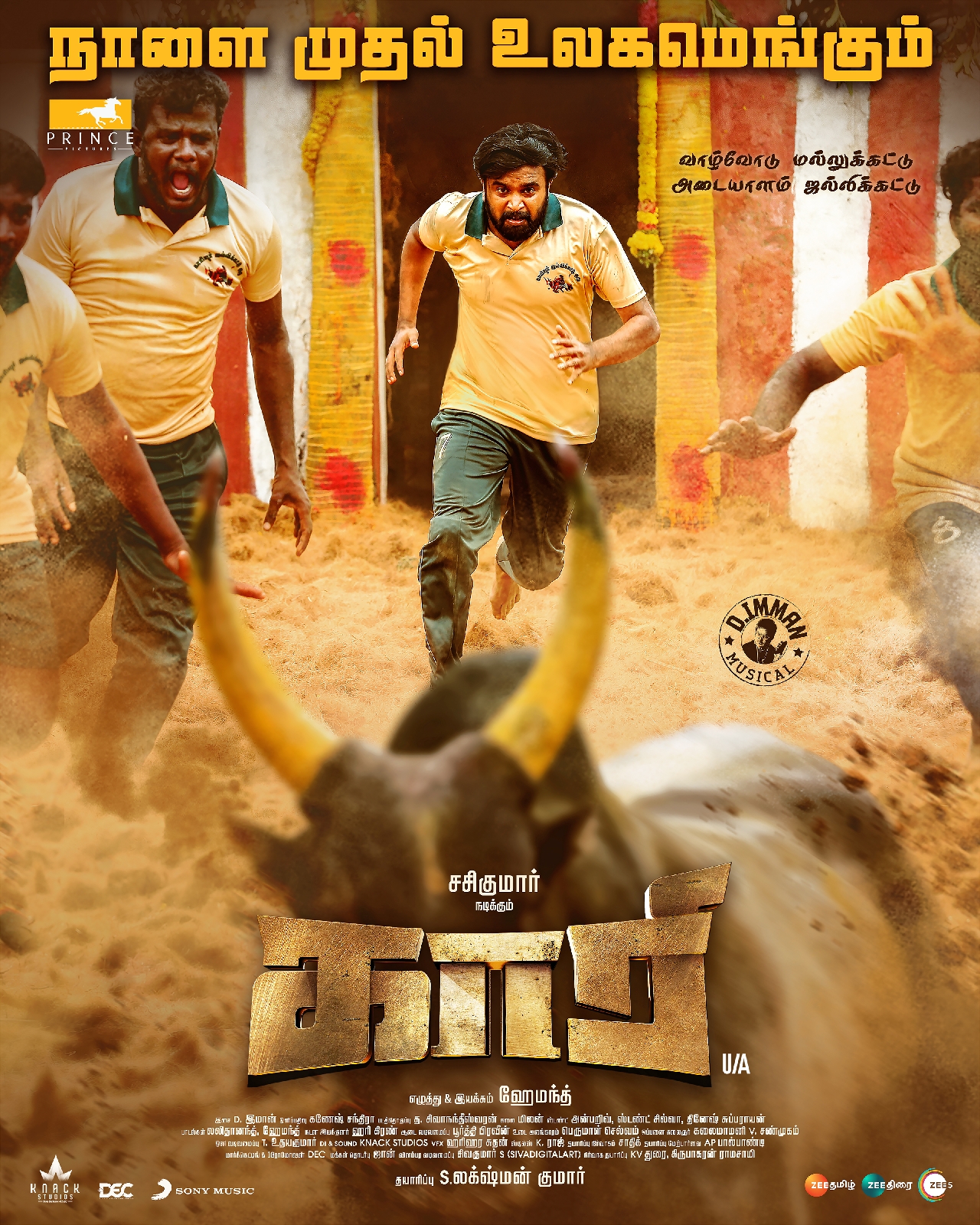 Sethu ( Sasikumar)  a horse race jockey, who lives in Chennai, loses his father (Naren) who is an ardent activist, when he dies of a heart attack due to a mistake by his son.  By his death, Sethu learns the value of every life,  and never bettaying the trust of even animals who depend on you.

A set of circumstaces takes Sethu to a small village in interior TN where people put their faith into him to be part of a jallikattu which is vital to resolve a feud between two villages. 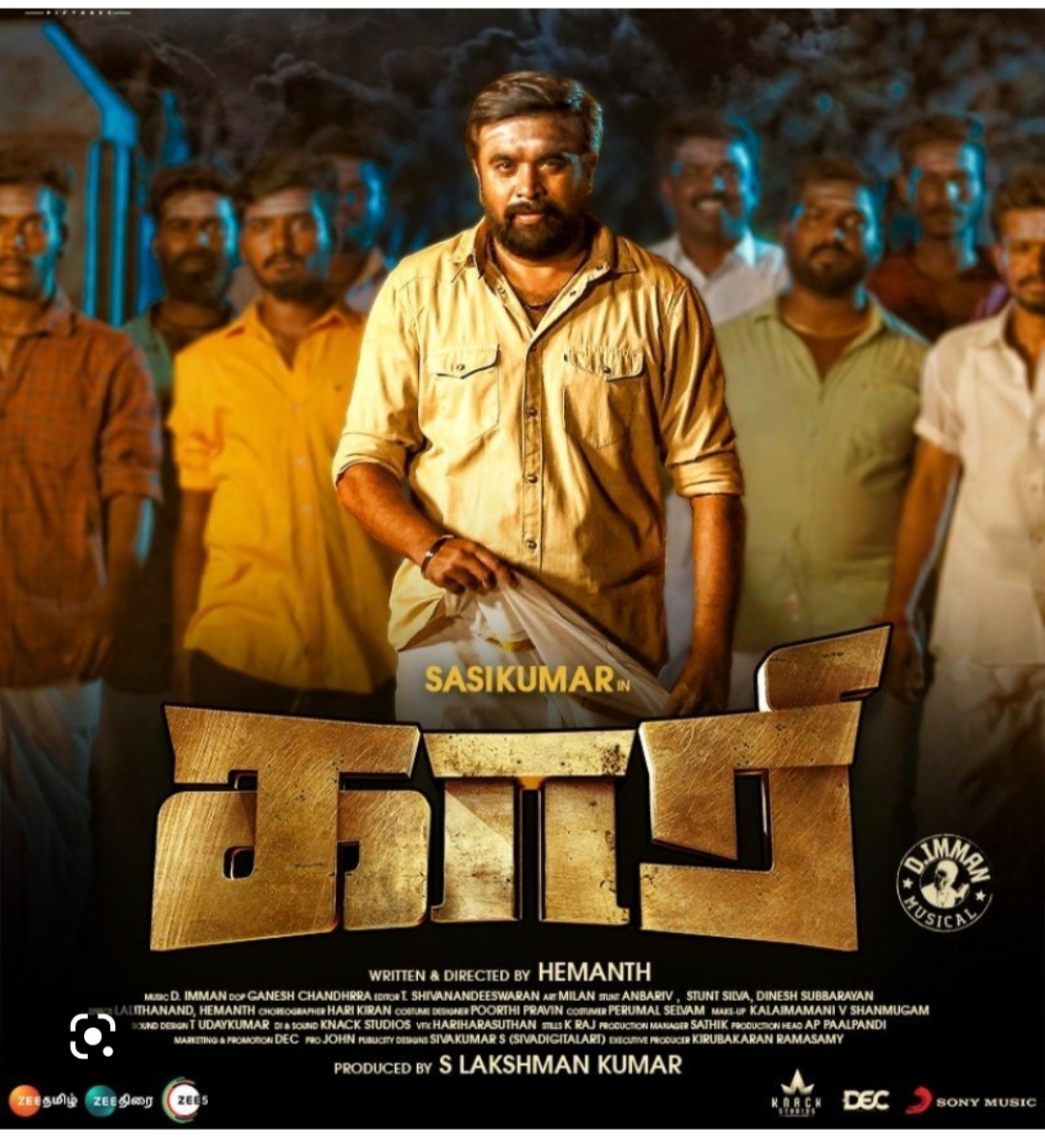 How Sethu, formerly more selfish, then deeply becomes more involved with heart and soul into protecting every animal and humans alike, facing enemies like a rich maniac ( J D Chakravarthy nails it and how!) who eats and sells expensive meat of wild, untamed animals. When a village Jallikattu bull becomes the target of his greed, will Sethu be able to save himself, the village honor and the bull all at the same time? 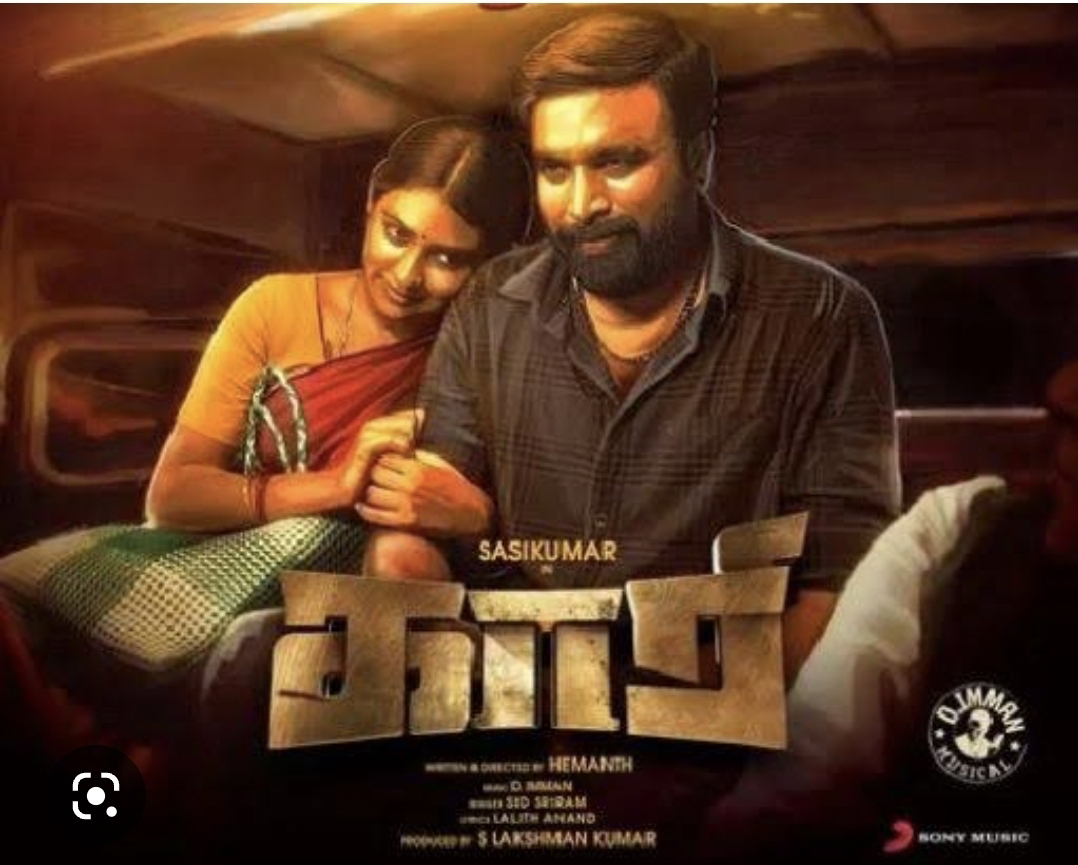 The film is mounted on a grand scale and director Hemanth takes his time revealing the intricacies of how Nature, people,  animals, public effort, public good and places of worship are deeply inter connected in the Indian traditions and customs. 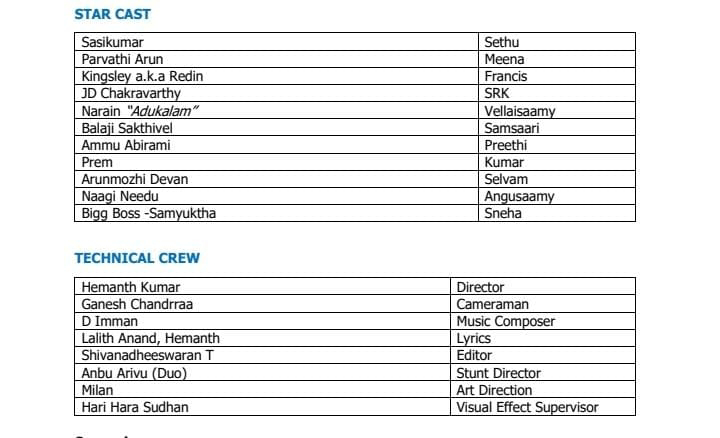 The jallikattu portions are tense, gripping and a grand spectacle to watch.  The camerawork of Ganesh Chandra deserves special mention all through the film in the way he has captured the city, horse races, village life, and the jallikattu scenes.

D Imman's songs are melodious and the BGM adds huddle hugely to the film.

Parvathy Arun, debuting in Tamil, makes a solid entry as the village girl. She carries the emotional scenes with a quiet credibility and lives her part. The portions with the bull and her father ( Balaji Sakthivel) bring out the deep bond.

JD Chakravarthy's presence adds to the film as a powerful adversary.

On the flip side, the gory scenes in JD's factory are tough to watch.

For Sasikumar, it's a big scale entertainer abd a huge comeback, and he carries the film confidently on his shoulders, lending his role a lot of  credibility. The romantic portions with Parvathy are a delightful watch,  with a very different first meeting between the two.

Director Hemanth touches upon several social messages like conservation of water bodies, working and living in harmony with Nature and animals,  preserving customs and traditions understanding the deep values of our culture, to name a few, and he does so without sounding preachy, which is what makes the film tick big time.

Kaari, is an engaging  family entertainer with socially relevant messages, that, leaves a mark.