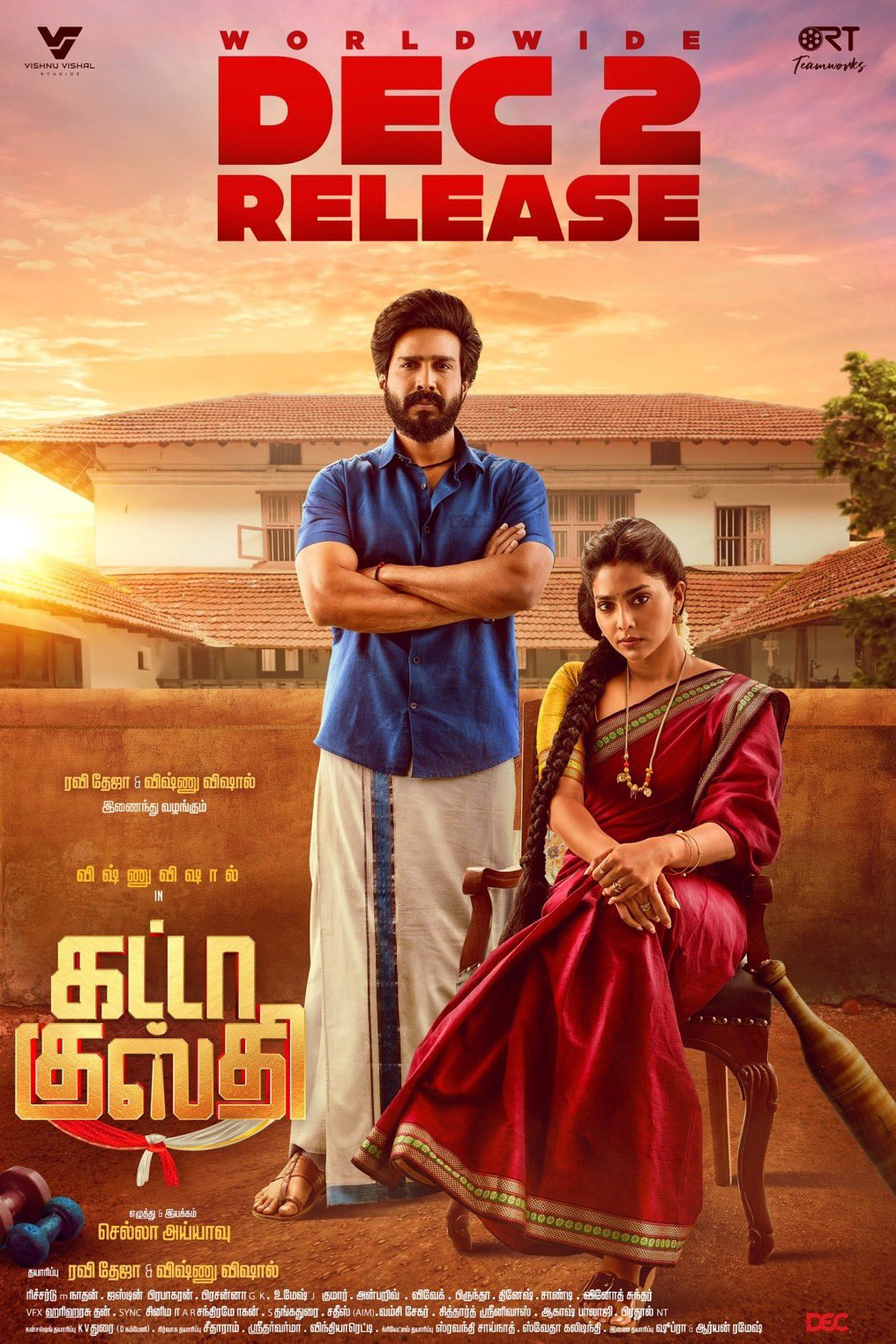 Veera ( Vishnu Vishal) is fed on stories of male chavinism by his relative ( Karunaas at his comic best) who believes that a wife should be under the strict control of her husband for a happy life.
So, when Veera looks for a girl, he rejects many because he wants a school dropout, who has long tresses and is homely, answering to his beck and call; requirements that he is unable to fulfil.
Due to twist of fate ( namely Muniskanth lying his way to get his neice married) he unknowingly ends up with a wife who is none of the above.
Moreover, to his horror, Veera finds out that his wife ( Aishwarya Lekshmi) is also a gatta kusthi champion to boot. How is Veera to keep her under his control? What happens when his ego is badly bruised? Will the marriage survive? 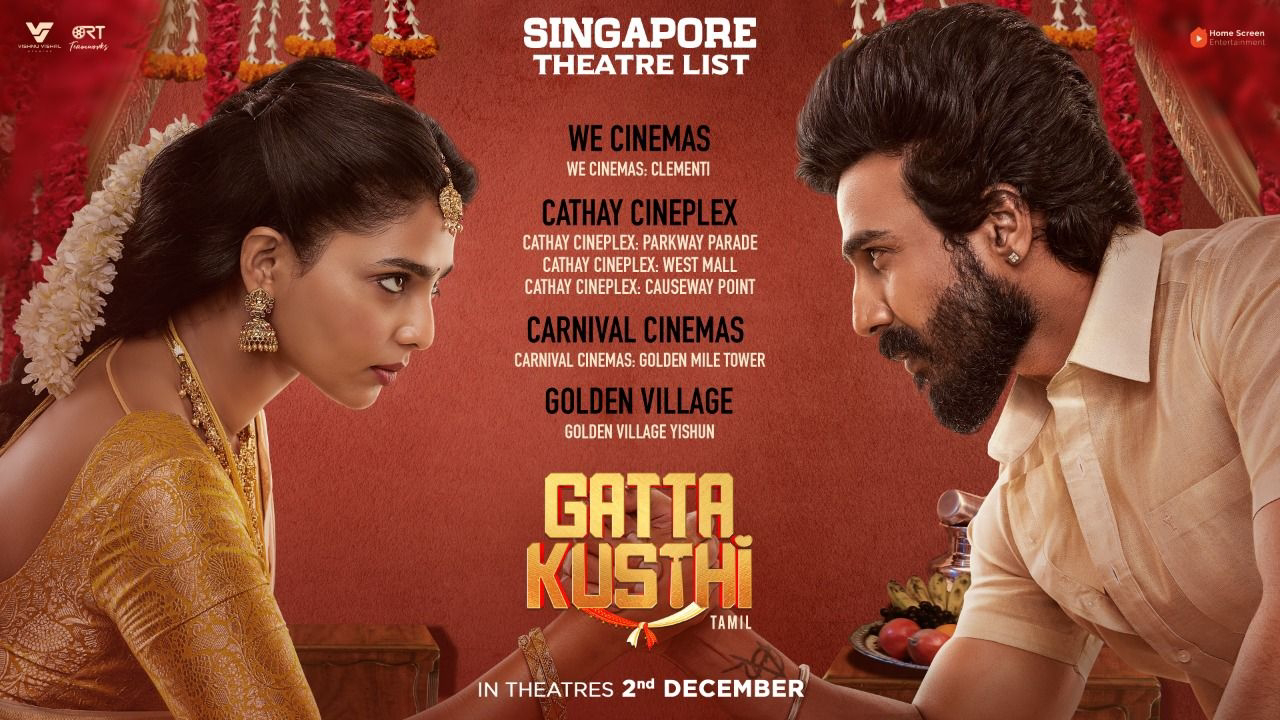 The movie is full of laughs all the way. The screenplay movie forward racily, with each frame, dialogues and expression of the characters, eliciting laughter.
Vishnu Vishal's with his measured act, shines all through, especially in the  emotional climax scenes as well in the action and  sports scenes. His  comic  timing is superb and  performance  understated but hugely effective. The choice of this script as actor and producer  is yet another feather in his cap. 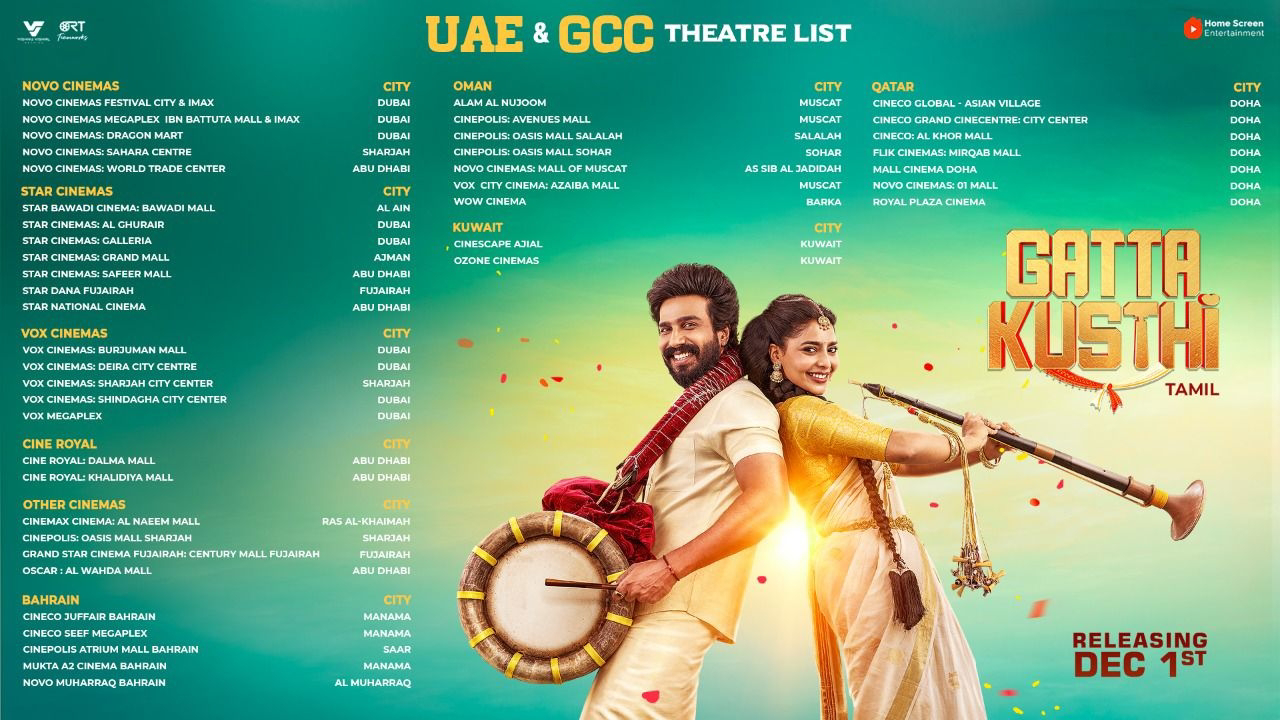 Aishwarya Lekshmi  is very realistic in her portrayal of a kusthi player. Her action scenes are outstanding and bring in the claps. Her penchant for comedy too is seen in the film.  Together, Vishnu Vishal and Aishwarya are a delight to watch.
The presence of Kaali Venkat and  Karunaas is a huge plus for the film and their rejoinders and counters will keep you in splits.
The camerawork is good especially in the visually rich songs and kusthi scenes while Justin Prabhakaran's music and bgm adds to the laugh riot moments in the film.
Director Chella Ayyavu has managed to touch upon several issues like the balance in man- woman relationships, the  place of women's dreams and passions in family life, the meaning of a true partnership between husband and wife and the expectations heaped upon the girl child, without any trace of preaching, using comedy as a highly effective tool which is the  USP of the film.
Watch out for an interesting climax.
Gatta Kusthi most a  engaging and fun filled family entertainer with its heart in the right place! Just go for it!
Rating 3.75/ 5.