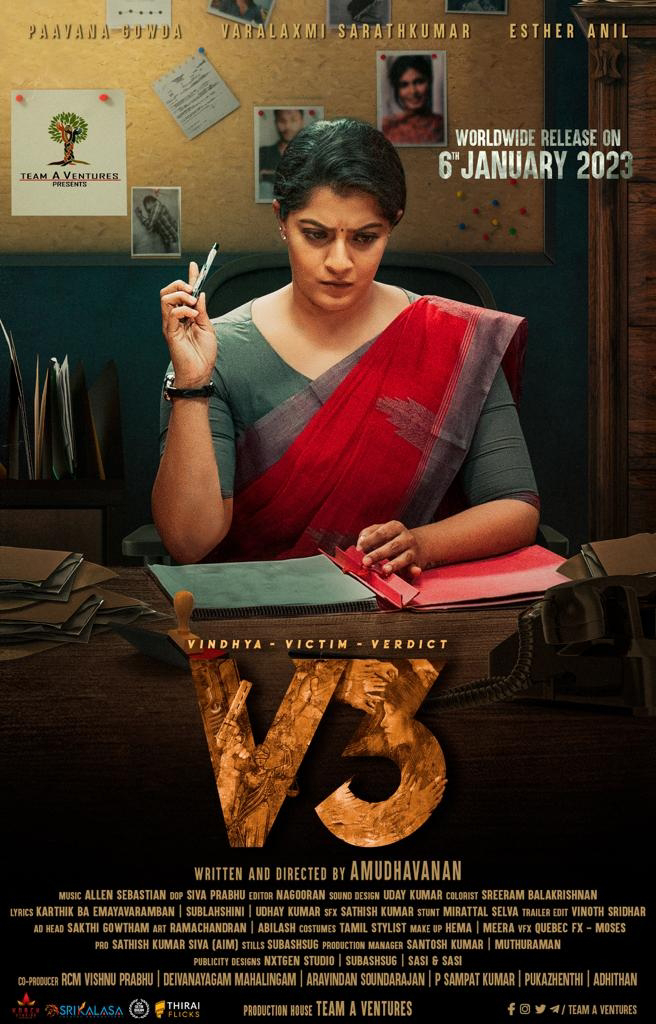 A young girl disappears on her way home and to their horror, her father ( Naren) is informed that she was abused and burnt. The public lauds the fact that 5 accused were killed in an encounter and justice was served.
The case goes to an investigative team headed  ex IAS ( Varalaxmi) who studies each detail of the veracity of the encounter with her team.  At the end when she  announces her judgement, what happens?
The film seeks to point out flaws in society, in the political leadership and in the enforcement of the law which allows criminals to get away many a time.
The manner of portraying the ideas on screen is not for the faint hearted. Traces of  melodrama also lace few scenes.
The director makes a certain plea via the lead character which he feels may help reduce such crimes.
Varalaxmi does a good job but the screenplay doesnt offer much scope to do more.  Naren and Esther Anil ( sister of the victim) do well in the emotional scenes which touch a chord.
The investigation portions are minimal and film seems to present the sentimental angle more.
A well intentioned film,  V3 deals with a contemporary social issue but a little more of the imvestigation aspect would have made it more gripping.