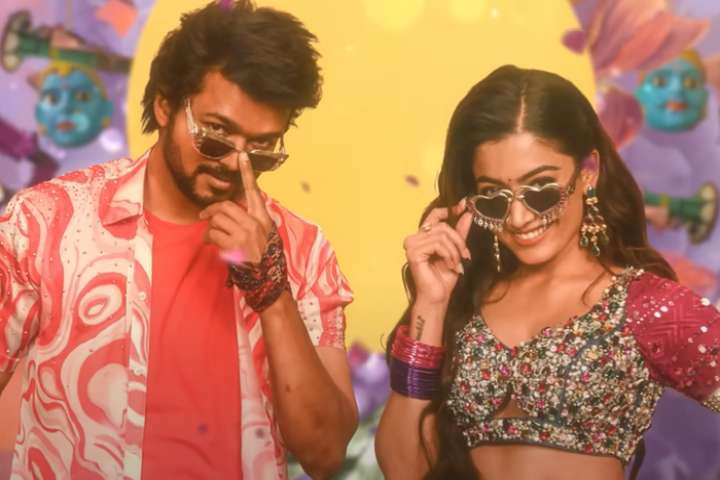 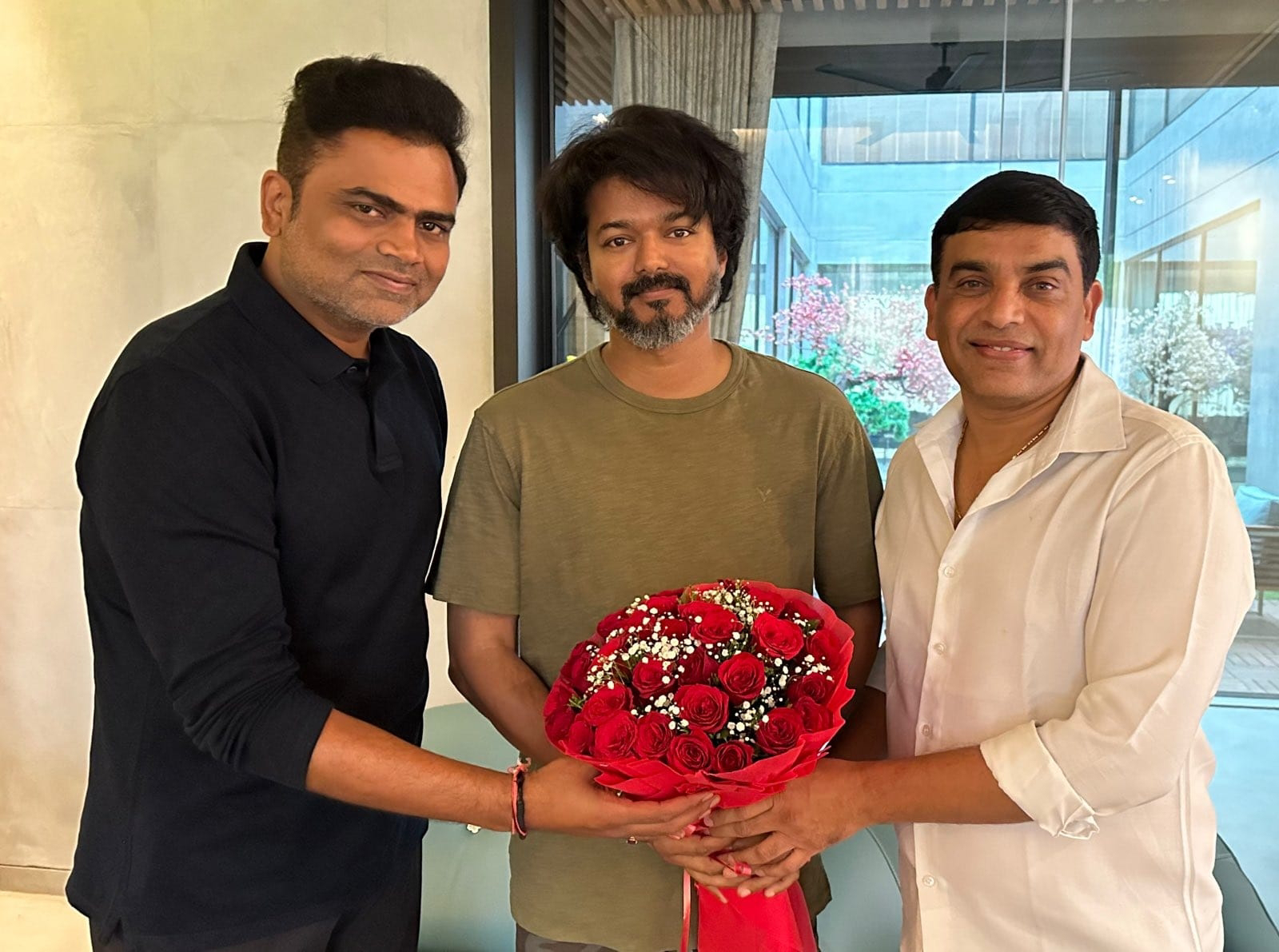 A tale of sibling rivalry, a father -son story and the importance of family relationships at its core, Varisu has Thalapathy Vijay at his stylish and charismatic best as he plays the prodigal son who returns to the family to save his father's name and bring back the erring brothers into the family fold and keep  his family united and strong.
When Vijay (Vijay) shuns his dictatorial tycoon dad  Rajendran ( Sarathkumar in a solid performance) and leaves the family, only to return when his father falls terminally ill, all hell breaks loose as his brothers (Shrikanth and Shaam) resent him being declared the varisu ( heir) to their father's fortune. What happens next? 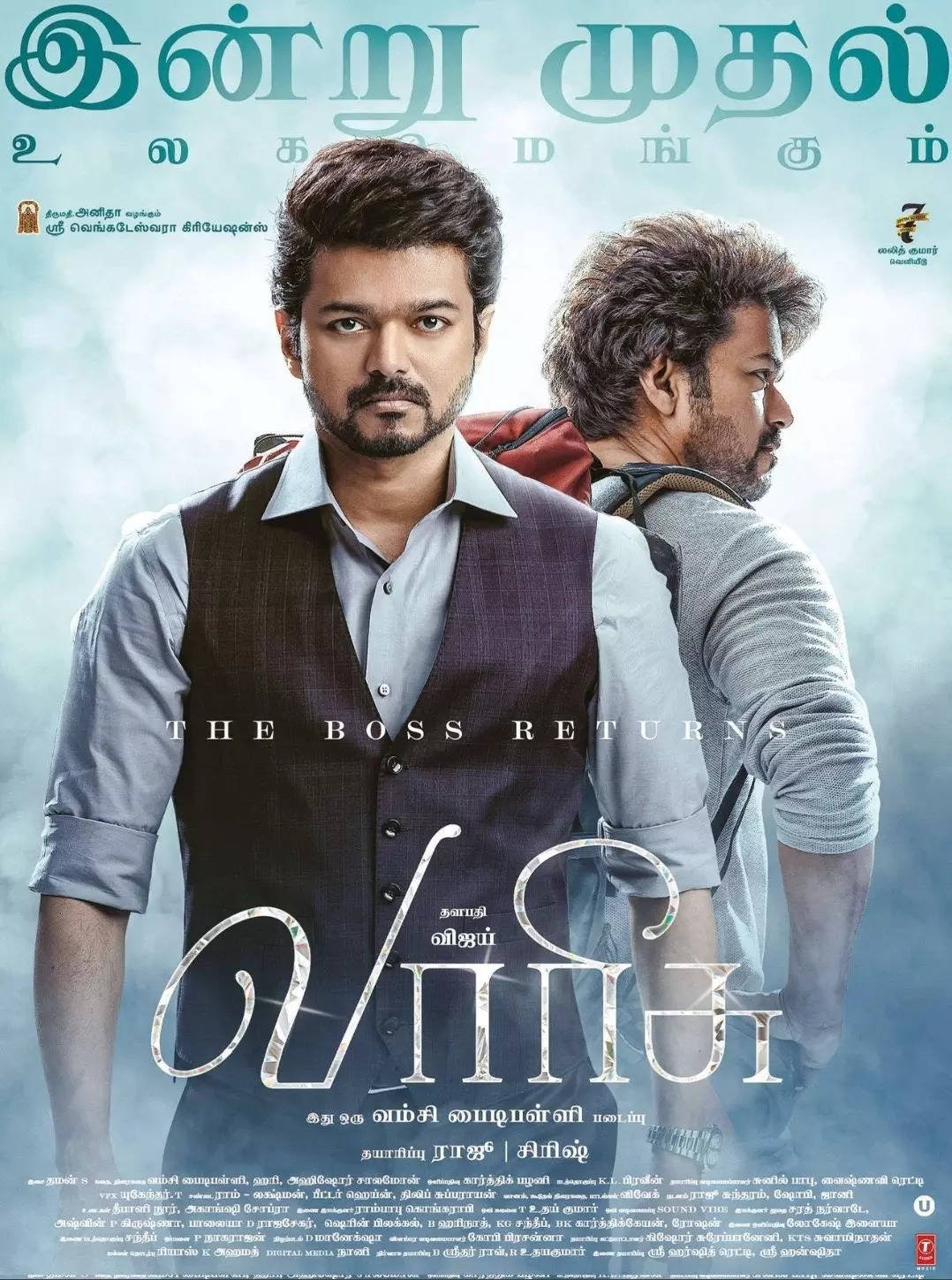 The storyline is a familiar one but what holds it all together is Vijay's charisma and charm as he dances his way through, throwing in both punches  and punchlines and even adding his own brand of  humor, even bringing in lines from his previous films, making it a a treat for fans. The film makes no bones about the fact that it seeks to entertain fuelled by  emotional family drama and sentiment.
Sarathkumar excels in the emotional scenes while Shaam, Ganesh Venkatram, Prakash Raj and Jayasudha do a good job. Yogi Babu's presence is an additional plus and even VTV Ganesh finds a spot, albeit a brief one. 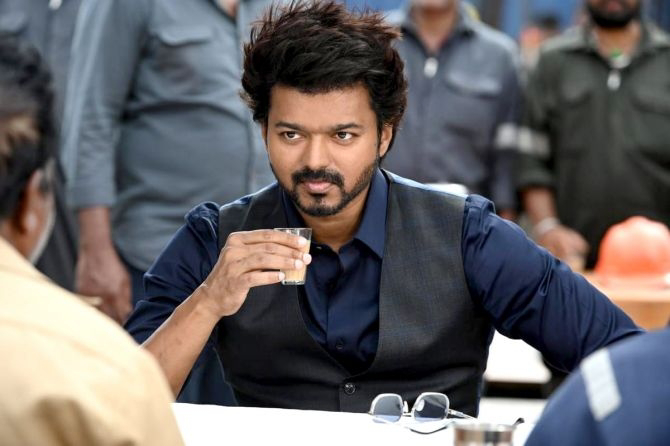 Grandeur with lavish  settings, Thaman S's peppy tunes, coupled with the colorful  Ranjithame in full glory and mass Thee Thalapathy track, all make for good viewing.
Rashmika Mandanna is eye catching with her fluid dance moves but though her role does not grab too much screen time, the cute chemistry works. The mother -son scenes touch  a chord.

On the flipside, the storyline is familiar and some of the performances could have worked better with  more expressions. Prakash Raj has not that much to do. The screenplay moves from the family  home to the boardroom and fights in the port area to human trafficking situations, speedily, with not much time to absorb emotions and feel for the characters.
Varisu overall, is a commercial entertainer that successfully  taps into family- centred emotions, packs a mean punch in the stunt sequences and charms its way through its lengthy run-time, with the ever stylish Vijay's charisma at its core.
Vijay