- November 25, 2017
For the team of Dream Warrior Pictures' Theeran Adhigaaram Ondru ( TAO), it was a proud and happy moment  as they narrated their experiences at the success meet of their hit film today on  25thNovember 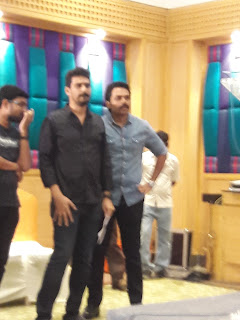 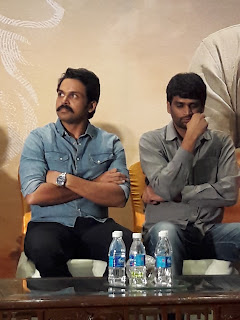 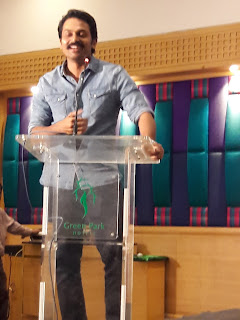 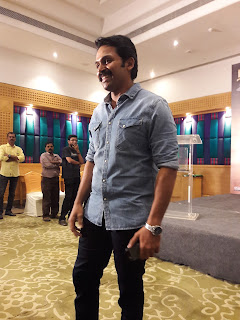 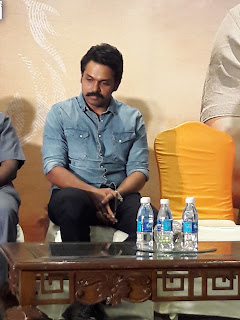 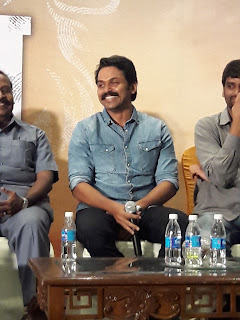 All photos credit : Rinku Gupta
After producer SR Prabhu welcomed the crew and spoke about thier contributions, director H Vinod and music director Ghibran thanked the team of cast and crew, along with the cameraman Sathya Sooran and art director K. Kathir. Also present were forensic expert Dhananjayan and debut editor Shivanandeeswaran 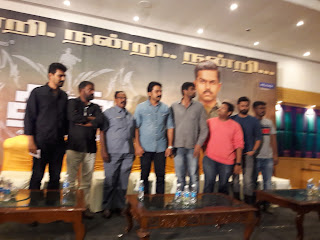 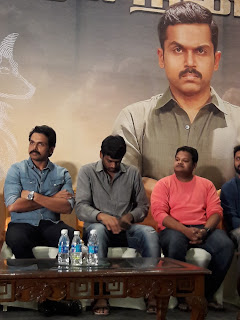 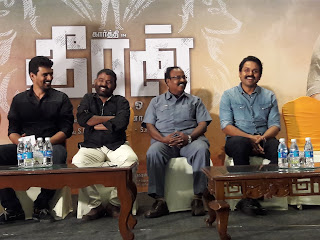 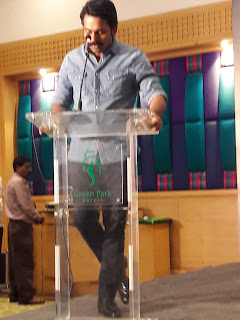 Speaking about his experiences on the occasion, hero Karthi said, "When police officers expressed their happiness on seeing  this film,  I felt content that we had been able to highlight how much effort the police put into thier work which often goes unrecognised by us as citizens. Its only  passion for thier job that could have made the original cops on whom this story is based,  do what they did so far away from home for  several months, in such tough climatic conditions." 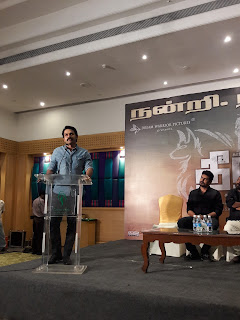 Asked if there would be a sequel like the Singam series, he replied, " That depends on the director. Right now I am shooting next for a rural subject with director Pandiraj." 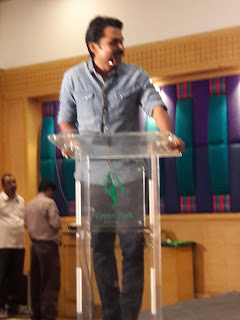 The team has put in great efforts shooting the  film, especially during the Rajasthan shoot at the height of summer. Said Karthi , " I am glad the efforts we all put shows in the film and people are appreciating it.  Many a film we put in effort but it doesnt always make an impact on viewers. For Komban for instance I put in lots of effort. My brother Suriya's words come to my mind. He told me ' hardwork is like having a savings bank account. The more you put in the more results you can reap one day. ' But everyone  one of us is  usually looking for instant gratification. In fact kids these days get upset at the slightest thing.  They are not able to take the smallest correction. I feel that as parents we must teach them that failure is as much a part of life as success. Only with failure can one learn and value success. We must wean them away from ipads and iphones and spend more time with them.  We must be careful not to pressure them about thier future and how hard we are working for them, especiallyduring thier exams."
On the songs andcromantic track he said, " I recieved both negative and positive views. But one fan fir instance told me that after seeing Theeran he felt he should add some romance to his  middle-aged mundance existence and married life!  I felt happy the film has touched so many people at so many different levels and that all aspects and technicians of the film are getting appreciation."
.........