A film with newcomers, Santhoshathil Kalavaram had its audio launch over the weekend. Directed by Kranthi Prasad the film stars Aariyan and is produced by Sri Guru Cinemas. 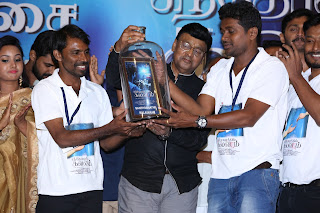 Renowned director Bhagyaraj launched the audio of the film. At the event, Bhagyaraj was seen marvelling at the way everyone tried thier best to speak in Tamil. Said he, " The director has a cast and crew who speak various languages like Telugu etc. So it was amazing to see  all thier sincere efforts in  trying to speak in Tamil. The also mentioned that the film was completed after facing many problems. But to that I say, life is full of challenges. It is only after overcoming them that one can succeed  and truly enjoy the fruits of all the effort. " 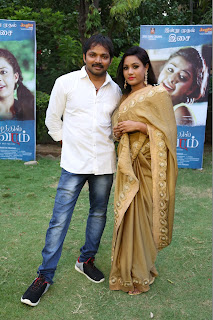 Director Kranthi Prasad rued the fact that people had not come to buy the audio because the cast was new even though they appreciated the film. " But later Junglee music came forward to buy the audio rights. Why do people avoid films with new faces? After all everyone was a new face at some time in thier careers!" he said. 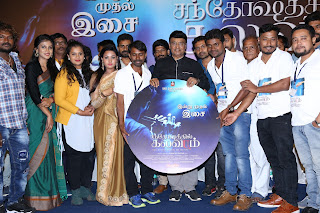