The First Look of director Suseendran's  next film Genius was launched today. 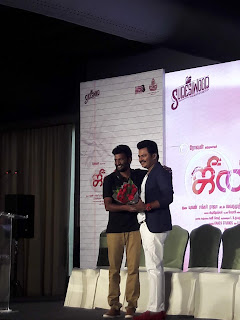 " I was inspired by Aamir Khan's film PK. A serious issue was told in an entertaning manner. I too wanted to tell this story of the extreme pressure parents of school- going kids feel today in an entertaining way. Pressure is a wired that is being used everywhere in the last few years. I have explored this angle in the film." 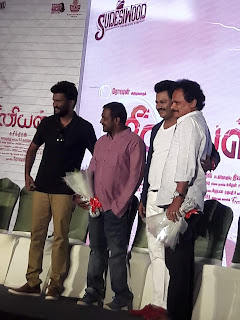 The producer of the film, Roshan, of Sudesiwood Films, is being introduced as hero. Priya Lol, Monica,  Naren, Jayaprakash, Singampuli, Meera Krishnan, Erode Mahesh and Singamuthu make up the cast. 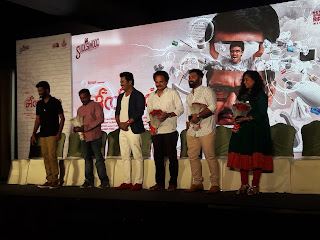 Shobi master and Lalitha have done the choreography. The music is by Yuvan Shankar Raja while RB Gurudev is the cameraman. 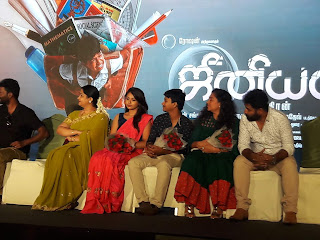 Shobi Master said, " Suseendiran touches so many topics like sports, education, thriller etc so I get to explore various genres of dance in each film. He gives a lot of freedom. There is an important message on the film which I'm sure the audience will relate to." 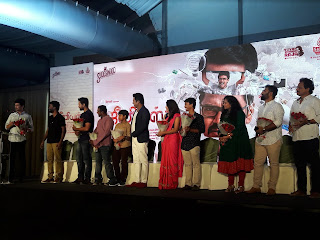 Said Erode Mahesh who has acted in the film, "According to a study, kids under 5th standard are undergoing  highest levels of stress these days. Parents should lets kids be kids and find out what appeals to them insyead of pressuring them to pursue fields that parents want them to be in." 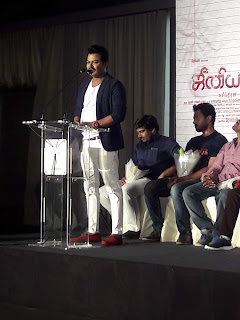