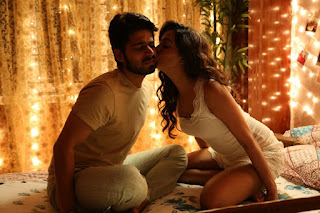 The film revolves around Sri ( Harish Kalyan), a professional employed in an office,who falls in love with his new colleague Sindhuja (Raiza Wilson). The duo have different outlooks in life about love and marriage but are drawn to each other. Just when Sri tells her he would like to marry her, to his utter amazement he learns that she has no place for love and marriage in her life. Her goal is to open a restaurant in LA. But unable to be apart for long, Sri finally gives in to her suggestion of a live-in relationship, going against the grain of everything he believes in. Does their love culminate in marriage or not forms the rest of the story. Be prepared for an unusual climax.

Director Elan must be congratulated on many counts. Here is a director who doesn’t shy away from depicting what  he feels without resorting to filmi clichés to meet audience’s so-called ‘demands’.  When was the last time you actually saw a hero, after a night together,  when  the heroine tells the hero she doesn’t love him , instead of hitting the bottle or breaking into a song about how vile women are  or resorting to blaming her choices, in PPK, the hero just starts crying, and then actually has a dialogue with the heroine. When was the last time you actually saw a hero cry not for a high ideal or the loss of a family member, but in a situation like this? This very human reaction comes as a pleasant surprise to the viewer usually used to women shown crying in such situations!
Though they are poles apart, and take time to understand each other,  there is no melodrama, name-calling or blame game as is the norm in many films. The heroine is given her space to express her feelings, aspirations and how she wants to live her life, without any labels being attached to her.  The hero’s choices too are shown matter –of-factly without a game of one up manship. 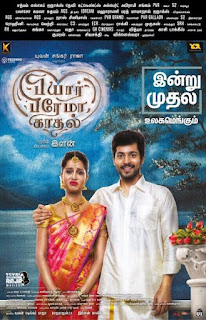 The characterization of both is well brought out as are their backgrounds. Sri comes from a traditional, close knit middle class family of caring parents. Their bonhomie is depicted in novel scenes which are different from the usual. In a departure from norm, the father is shown making dosas for his wife and son, and dialogues at the homes of both the lead pair are loving, warm and bring out the understanding between parents and their child. Sindhuja’s father ( Anand Babu) holds dance classes at home and has a candid  and caring relationship with his daughter. (But why he waits so long, till almost the end, to discuss an important point with her, is a mystery..)
The film gives us a  glimpse into the modern concept of living together without moralizing or trying to prove that marriage is the higher ideal. The importance of love, mutual respect and understanding, whatever be the status of a relationship seems to be underlined in a breezy and  entertaining manner, without preaching. This is a rom-com with ample romance and comedy.
The film is a visual delight with several songs,  and is high on an overall feel good factor. Yet it never trivilises the issues  at hand in any way. The screenplay keeps things moving at a steady pace . There is no forced comedy track. Munishkanth is a tailor and a friend and confidant of the hero and his love advice and scenes with Harish bring a smile to the face.
Though there are romantic scenes, Elan maintains a classy dignity all through.  The difference between infatuation and love is well brought out in a party scene when the heroine confronts the hero.
The highlight of the film is  the superb casting.  Harish and Raiza fit their characters to a T. Both look good together. Harish plays the simple, innocent,besotted , uncomplicated, teetotalling, tradition oriented youngster to perfection while Raiza is determined, confident, capable without being melodramatic or overbearing.  Elan’s handling of inter-personal relationships,be it between the lovers, office colleagues or parents, has a fresh and pleasant appeal . PPK is a simple tale of how the world is changing and yet where the old and the new co-exist each with their strong points. The film doesn’t try to pass judgements on any character’s choices but instead , giving us a peek into their thought processes and an entry into their worlds.  In all, a refreshing love story, neatly crafted,which is sure to appeal to young audiences and the young at heart as well.
===========================================================================