- September 07, 2018
Thodra is touted to be a film based on honour killings and the ills of the deep rooted caste system. 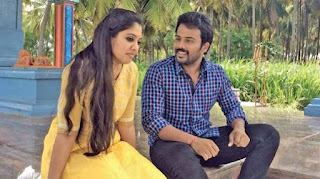 The story revolves around characters of actors Prithvi Rajan and  Veena Nandakumar. The latter belongs to a rich, well -connected politico family in the village for whom caste and honour are supreme. So when she falls for the hero who is from a different   social strata, and elopes with him, the family is shattered.
While the father dies, her brother is now hell bent on settling scores and getting his sister back.

Does he succeed forms the rest of the story.

Though the premise is seen many a time on screen, there are small moments that speak well for the film. The brother, though a hot headed man, is shown as handling his sister's issue sensitively in a few scenes. The natural reactions of his wife to some of his decisions regarding his sister and thier far reaching consequences are well portrayed. The various emotions of anger, betrayal, and attenpts at reconciliation in a family set- up are well brought out. Its interesting  to see how the heroine's sister-in-law is shown as an empowered woman,  running a mill and driving a car but still harbours age -old notions of caste- based honour and has no qualms resorting to violence for inheritance. 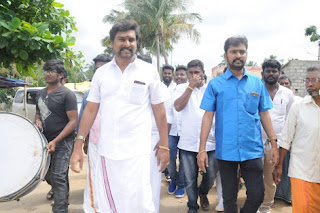 The lead pair play thier parts well but some of the screen time spent on thier wooing scenes and frivolity takes away from the effects of the  more serious issues the film tries to deal with.
A tauter narration would have been helpful in getting the message across in a more meaningful manner.