First Man, director Damien Chazelle’s film on the Neil Armstrong space mission to the moon, makes a compelling watch.
The point-of-view narration of what goes on behind the scenes in an actual mission planned to go where no man has gone before in the sixties, is told in a raw and gritty manner. 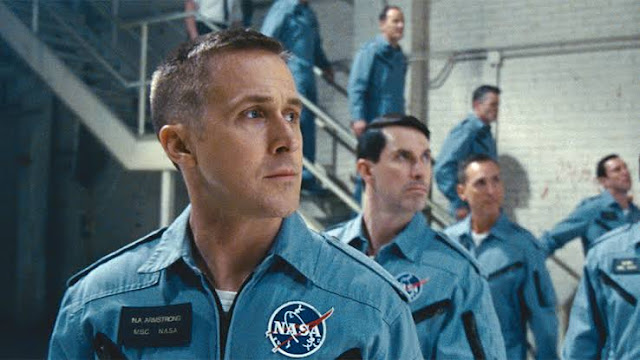 The 50th anniversary of Armstrong’s historic landing on the moon is up ahead and the film gives the audience a ringside view of the sacrifices, the planning, the trial and error system that the astronauts went through to finally achieve a breakthrough in the face of several pressures (possible death looming on the horizon amongst them)

Ryan Gosling plays Armstrong with Claire Foy in the role of his wife. The docu drama kind of the narration, gives you an actual feel of the claustrophobia, the space constraints, and the nervous tension and physical discomfort, fainting, vomiting and everything in between, that goes into simulating space journeys during training and actually being inside a space module designed to tear through the atmosphere and travel into unknown territory of outer space.

Ryan as Armstrong, paints a solid picture of the man who has to quell his inner demons, ( losing his daughter to cancer) and yet triumph over death ( with many of his colleagues dying in mishaps during  missions before the final successful one) which always looms over the threshold. The film takes you through space via the point of view of what the astronauts would have seen from the limited vision of the glass panes of their crafts.