- February 21, 2019
Pettikadai directed by Essaki Karvannan, is a film which tries it best to give a message in what it believes is an entertaining manner. 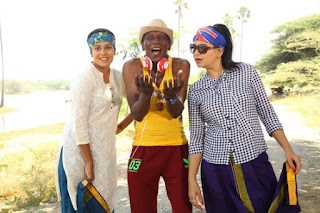 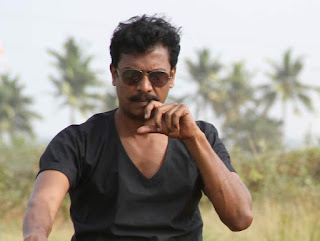 The film goes into flashback mode when an idealistic doctor ( Chandini) starts work in a village in order to serve people. There she learns about 2 lovers  ( Mosakutty Veera and Varsha Bollamma) and hears thier sad story of lost love. Suddenly the film jumps back to the present and takes up the issue of combatting the big bad world of corporate companies who are taking away the livelihood of rural people and slowly stifling the culture and traditions along with  the economy.

In between, we also have the story of  Samudrakani in  the form of a silambam teacher who tries to educate people on the issue but is murdered by the corporate stooges who are controlling corrupt politicians.

Chandini in her zeal to protect local businesses and the traditional economy,  tries her best to get back the lost pettikadai culture and end the corporate monopoly. But at what price?

The film deals with several relevant  and topical  socio-political issues.  But  one  cant help wish that  this had been done in a meaningful manner. Motta Rajendran  as a lecherous comic is hard to swallow in his role which fails to generate any laughs. A whole bunch  of characters come and go on screen and the movie meanders predictably with songs and stunts. The corporate guys in black suits fail to convince and almost look comical.
Overall , the film has tried to say something meaningful but the manner of presenstation leaves much to be desired.