Boomerang is a socially conscious film 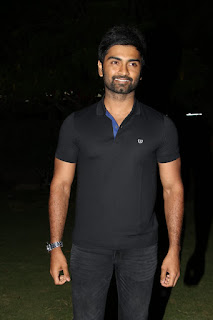 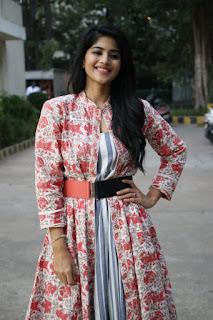 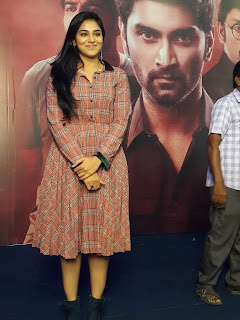 ' The film is about the water and rivers issue. If we dont think about our future generations it will be bad for all,' said director R Kannan. Speaking  at the event RJ Balaji said ' This is a socially conscious film. In fact I also started work on my film LKG on the sets of Boomerang only,  thanks to the encouragement of Atharvaa. He has done 2 roles in the film.' 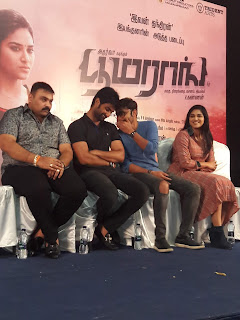 Arjun Reddy music director Radhan is the music director. Said he, ' My mother is my inspiration. When nobody believed  in me my mother was the only one who did.  After Arjun Reddy it was director Kannan who called me up and met me to congratulate me and he also signed me up for Boomerang. I dont even know Telugu, only now I am learning,  but my line -up is of Telugu films. I am happy to be doing my first Tamil film. ' 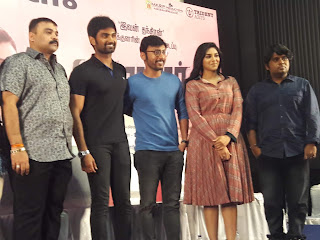 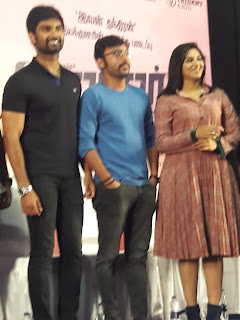 Indhuja said ' Kannan sir gave me complete freedom to do my bit my way. Desame song is my favourite song from the movie.'
Atharvaa said , ' This film is not preaching in any way. It is our way of looking at an issue which is affecting society.  It not only deals with farmer issues but also other things like face transplantation. 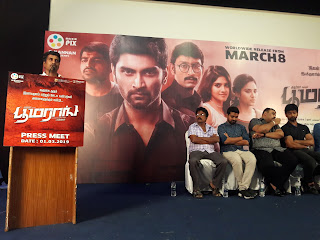 I am glad Rj Balaji has achieved success with his film LKG, the idea of which started on the sets of this film. I am very happy for him.'