Kee - a film on dangers of social media 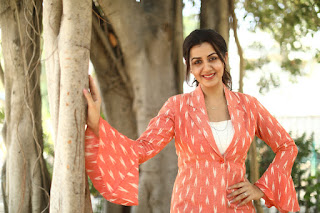 by Rinku Gupta
M Seraphin Raya Xavier's  production Kee directed by Kalees and with  camerawork  by Abhinandan Ramanujam is ready for release after a long wait. The director has researched the techno thriller project for 5 years.  At a press meet,  apart from a song, a clipping of an important part of the film was shown. 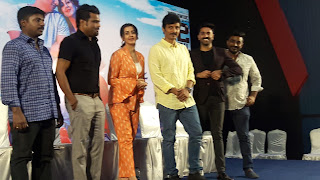 The main villain is Govind Padmasuriya, an actor  from Kerala. Said he, ' Its an intense character and the best I've done  so far. When Kalees called me he said it will be  different image from your Kerala films. He had great clarity before shoot and made a teaser and showed me. His confidence impressed me along with the clarity of vision. Working with Jiiva changed from fan moment to friend moment! Nikki I knew as I had hosted shows before. But she didnt recognise me on sets since Kalees had changed me so much for this character. '
Anaika Soti has done an important role of a press reporter in the film. Said Jiiva ( click here for full speech), ' Kalees has travelled with this film for past 5 years. He needs to be encouraged. He's a debut director. The film has been delayed but it was for unforseen reasons which I can understand as a producer. Many films I have seen being delayed like this. But I am happy its releasing finally on April 12th. The film is a techno suspense thriller. Its about how technology which has taken over our lives has the potential to be dangerous. It also has a message about how the mobile phone and  extensive usage of technology can affect mental health. RJ Balaji was also a big support in the making of this  film.'
Suhasini has played a part in the film.

Nikki Galrani revealed that the way she has spoken in the film was very different, especially the voice modulation.  Said Kalees, ' Whoever is using a smartphone should see this film. Social media is all about psychological manipulation. There are 6 types of women and men which exploiters study and then seek to exploit emotionally.  This film is different from Irumbu Thirai. That was about money and accounts. This will make you think before you press a 'Like'  which might change your life. Producer Rayappan has lot of foresight and was the only one who undestood the fresh concept. Other producers I went to,  told me that such things  dont really happen in life. Jiiva was a huge support to me for this film Nikki was extremely supportive. April 12th we are releasing.'
Jiiva Kee