Kathir plays a cop in his next release, Sathru

- March 02, 2019
by Rinku Gupta
Milestone  Movies Sathru is finally releasing on March 8th. The film stars Kathir, Srushti Dange and Laguparan. The music is by Ambrish and newbie  Naveen is directing. 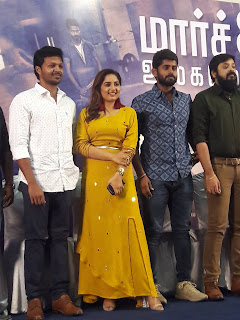 The movie has Kathir playing a cop.Everyone was all praise for Kathir's dedication to his craft.

'Kathir and I have worked for 3 films. During shoot of Pariyerum Perumal he has undergone many hardships.He is totally a director's actor and will do anything for a film,' said actor Marimuthu. 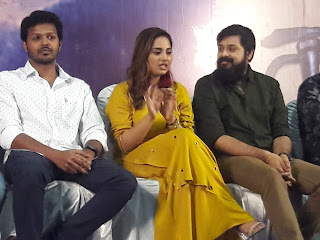 Said director Naveen,' I couldn't  have made  this film without the co-operation of my artists and crew.We have shot on live  locations mostly. So Kathir had to undergo mamy physical challenges during shooting. 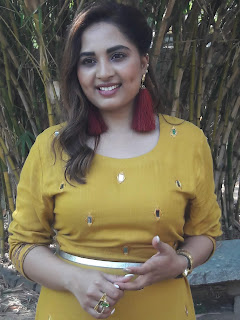 Laguparan will emerge a great villain after this film. Srushti Dange too was very co-operative  In one instance, she has changed 20 costumes for a song which is very diffiult for any artist. Even 10 changes are a lot! Moreover she even used the common bathroom in a beach song for costume change, which was not easy for her.  Rajrathnam, Sridhar and Raghu the producers, have been strong pillars of support despite the long delays which was a tough time for all of us.'

After the much celebrated Pariyerum Perumal expectatiobs are high from Kathir.