Nedunalvaadai is about those who sacrifice for us

After a long gap, director Selvakannan's Nedunalvaadai is now ready for release. 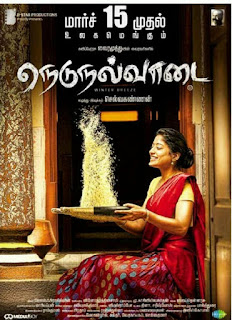 ' The film took several years to make due to many issues. But we are happy its finally releasing,all thanks to my producer, ' says Selvakannan.
' In everyones life there will be somebody who would have sacrificed a lot so that thier loved ones could live a good life. This film is about such people who sacrifice for us. Everyone will be able to identify someone like that in thier lives.' The theme of the film seems to  highlight the pain of separation of a grandfather with his grandson.

Starring Poo Ram, Mime Gopi, Elvis Alexander and Anjali Nair, the folm has music is by Jose Franklin. The film has  lyrics by Vairamuthu and is produced by B Star Productions. The movie releases on March 15th.