- March 07, 2019
by Rinku Gupta
RFI Films' Spot is produced by VRR who is also the director.
The story revolves around a group of young boys ( Karate Kaushik, Rehaan and others ) who go to a disco to celebrate a birthday. There they run into a young girl ( Agni Pawar) who is being chased by goons hired by a henchman ( Nasser) who are out to kill her. 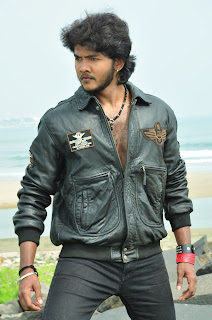 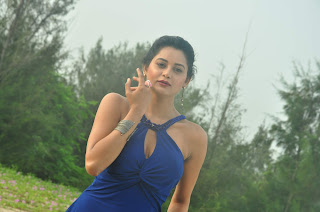 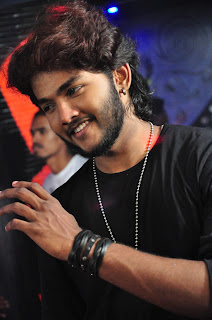 The youngsters pull her to safety in thier car during the attack and what follows is a long car chase right up to Karnataka. As the goons threaten them with death and even kill one of the boys who goes to fetch diesel, the young lady reveals the reason behind the chase and how she landed in such a dire situation. Hearing her story, the boys vow to help her even at the risk of their lives. Do they manage to take on the dangerous gang? What happens next is the story. 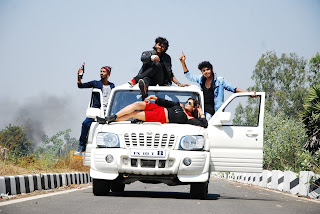 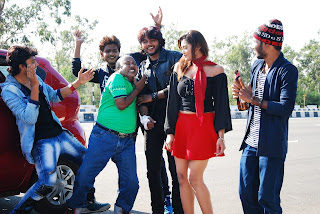 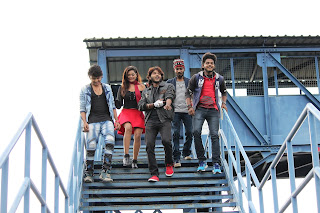 The young hero, Karate Kaushik has done a good job especially in the stunt sequences. With a good voice modulation he has carried off the emotional scenes as well. Watch out for the long climax  fight  where he showcases his skills. Rehaan as the loyal friend also does justice to his role. Agni Pawar is well cast as the mysterious  girl caught up in a bad situation.

A road film, the highway sequences and the chases and close calls of the dangers  faced by the youngsters are well shot, especially the overhead shots. The fast  screenplay conveys the sense of urgency of the situation. The emotional angle of the heroines' backstory is good twist in the tale. The bgm conveys the imminent danger at all times.

On the flip side, a few comic sequences in the dialogues between the youths, despite goons chasing them, dont elicit much  laughs . Nasser as the well- connected villain has too many dialogues about his nefarious activities at times. The hero despite having a cop as dad, doesnt ask for help from imminent danger till much later.  The chase does get a bit repetitive in a few places. The fire scenes are not for the weak hearted.
Overall, the film attempts to give viewers a car chase action story with a difference from the usual ones based in a one geographical  location and therein lies its novelty.