Vella Pookal is the next film of Vivekh playing the key role of a retired cop ( DIG  Intelligence) who lands up with a case when he goes to visit his son in the US. The film stars Charlie, Dev,  Pooja Devaraiya and Paige amongst others. 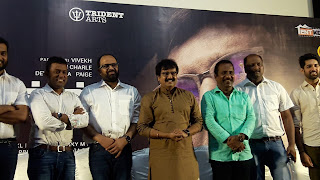 The film is directed by NRI Vivek Elangovan and produced by Indus Entertainers and Tentkotta from the US.
The film is shot majorly in USA, in Seattle. The NR I software engineers, producers Digha S and Ajay S  who  are from Seattle, wtanted to show Seattle in a different way.  They have also shot in a nuclear reactor that was shown in the Transformers movie.  Seattle they felt, has become a character in the film.

'A bunch of us used to set up grand sets for our plays and even travel across the US with our theatre group out of passion. This way we have donated to charity around 2 crores in 13 years from the collections. Then we shifted to short films and gained confidence and developed more team spirit and precision. Thats when Vivekh Elengovan suggested that we could now even produce a film with our experience. We thank our families for thier support since we spent our time after work in making this film. We wanted to make a film we are proud of and also one whivh would do good business,' said  Digha S. 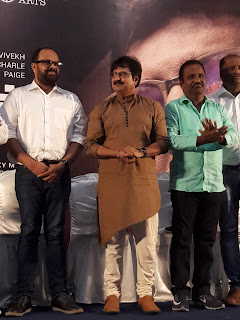 The film was shot in 30 days in the US. Vivekh has acted together with Charlie after 30 years. 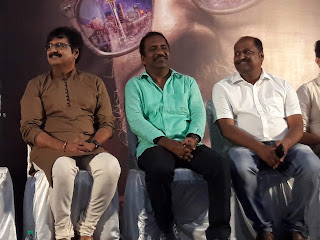 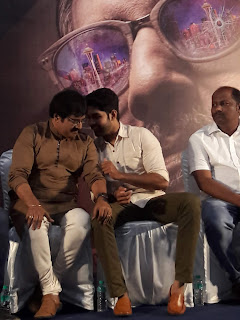 'I thank the Tamil film industry which we have been following over the years even though we are in the US. The industry welcomed us. We have never worked on in an Indian set. So we learnt a lot from Vivekh and Charlie sir, ' said director Vivekh Elangovan. 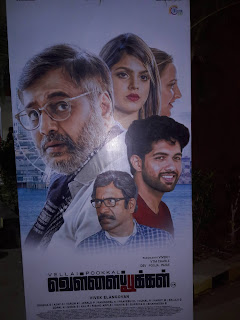 Speaking at the press meet, actor Vivekh said jokingly, 'I didnt even know where Seattle was when thier call came to me! This unit will surely succeed in cinema. Even thier camera, musia and editing teams are very strong. I was amazed at thier planning and professionalism juggling thier work and shooting. Director Vivekh will be a unique director in cinema. I request the public not to reveal the final moments of the film after they see it.'
The film releases on April 19th.