I felt a tsunami of emotions with Gypsy- Jiiva

- May 20, 2019
by Rinku Gupta
The grand audio launch of Raju Murugan's Gypsy starring Jiiva and Natasha Singh was held at the Sathyam Cinemas today. The film is produced by S Ambedhkumar's Olympia Movies. 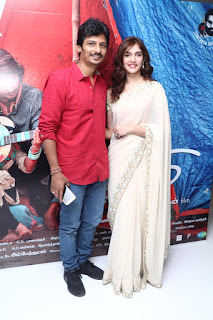 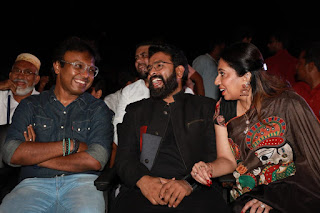 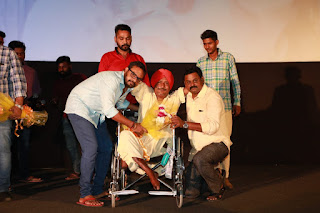 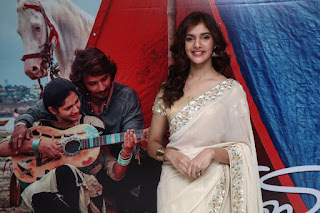 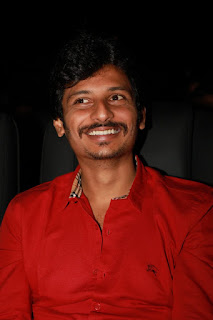 ' I thought it was a small film but its a huge film. Im looking forward to it, ' said director Pushkar after watching the trailer and songs  while Gayatri said that Jiiva was the perfect choice for the role and that Raju Murugan's films always had a different quality.
Music Director D Imman said that the film was a big wicket for Jiiva.  Director Mari Selvaraj said, '  Raju Murugan is an inspiration in the way he is able to convey strong socio- political  messages through his movies. Santhosh  Narayanan can easily understand and translate the current socio- politucal issues  into his music.'
Jiiva's total transformation into the gypsy role was applauded by everyone.  Gopi Nayanar praised Jiiva for doing  a film like this which only an actor with a strong social  conscience could do. ' The amazing  camera work of the film floored me completely,' said Seenu Ramasamy. ' Jiiva has always done very different roles from the beginning of his career.  I wish him all the best. ' Physically challenged Singer and Dalit activist Banth Singh from  Punjab who has sung in the film was given a standing ovation and sang a song which features in the movie. 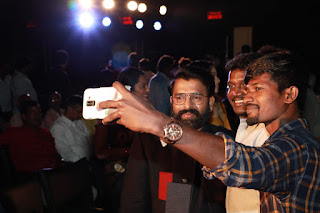 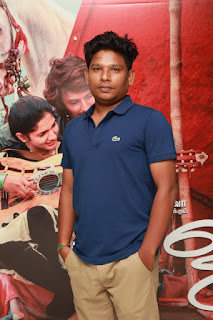 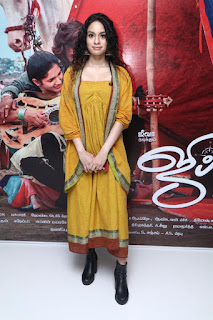 Music director Santhosh Narayanan seemed quite excited about the movie,  'Raju Murugan is very close to me. My first film recording in my new studio was for Cuckoo only. My respect increased for him after Joker.  The Producer of this film never pressured me  at anytime. I have travelled to several countries to understand what sort of music people are listening to and how music tastes are evolving. Carnatic singer TM Krishna has sung like a rock star in the film. Actor Siddharth has also sung for a song apart from several others. The music of this film is very close to my heart.'
Producer Ambedhkumar revealed, 'I thought  Jiiva was ideal for this role. Then Santhosh Narayanan came on board. After that the film grew to a different  level.'
Hero Jiiva recieved a huge applause for his consistent choice of doing script- backed roles, ' Gypsy represents the audience. The film is from his point of view. All over India if we travel we find emotions are the same. From Kashmir to Kanyakumari I have travelled for this film. This travel for Gypsy has changed me. Its the director and writers words only that touched my heart and gave me the opportunity to enact his words through this role. Only through certain films one  goes through a tsunami of emotions. I felt it in this film. India is a beautiful place to live in.  We should  treat it invaluably. It is wonderful to share an event with a person like Banth Singh. There were many emotional  moments for me while shooting for this film. We travelled for nearly 4 months to shoot Gypsy. As a lady artiste Natasha Singh had to undergo several difficulties in remote areas but she co-operated fully all through. I am re-born as an actor with Gypsy . I want to do all kinds of projects and I hope to work with producer Ambedhkumar again.'
Gypsy Jiiva