- May 24, 2019
By Rinku Gupta
The film revolves around a youth Seeni ( Sanjay) who aims to become a big businessman one day. But his parents don't believe he can make it in life. But his girlfriend, (Oviya) believes in him as does his best pal. 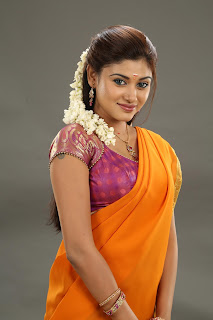 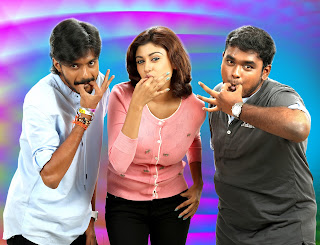 As luck would have it, Seeni meets an unscrupulous trader ( Radha Ravi) who cons people selling rare snakes, gems etc. Together the duo manage to make crores of rupees by conning greedy officials and others who want to get rich quick.
What happens to Seeni with all the money he makes?Does he get caught by the long arm of the law or does he fulfil his dream?
The film is an all out comedy and the actors deserve full credit. Sanjay and Oviya make a good pair while Radha Ravi is excellent as the con man with his own set of scruples. His act holds the film together. Ravi Mariya, Chini Jayanth and others all up the comedy quotient. However, the sequence with power star is not that hilarious. Sanjay as the hero pulls off his part with effortless ease with just the right mix  of innocence and naughtiness.
The music by Srikant Deva is impressive and the dance number in a Rajasthani setting is well choreographed and peppy. The comedy sequences manage to garner laughs. To its advantage, there is no crass language nor drinking scenes.
Produced by Madurai Selvam and directed by Durairaj, the film makes for a family time- pass entertainer.