An engrossing drama seems to be in the making as the team “Boxer” kick-starts the shoot after a prolonged phase of heavy preparations. The shooting commenced today with a formal launch that was attended by the cast and crew followed by eminent personalities like director Hari ,Preetha Hari, actor Vijaykumar, director Sam Anton and director Karthick Naren. 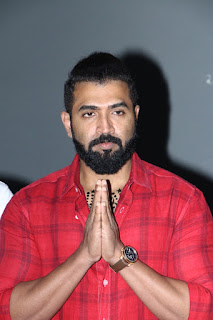 Featuring Arun Vijay and Ritika Singh in lead roles, the film is produced at a whopping budget by V. Mathiyalagan of Etcetera Entertainment and is directed by debutant Vivek. 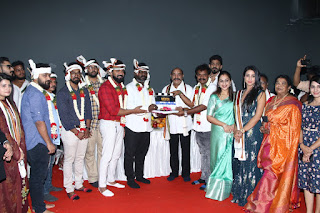 Producer V Mathiyalagan says, “Finally, after  thorough preparations, we launched the film launched today (June 21) followed by the first leg of shoot, which will go on full stretch. Usually,  producers get happy, watching a film shape up during the course of production. In fact, their judgments and predictions about the film’s potential can be probably affirmed only midway. But with “Boxer”, I started to have a complete positivity about the success with the pre-production phase itself. Be it the script narrated by Vivek or the mind-boggling preparations of Arun Vijay, everything kept boosting my confidence about the results even before it getting materialized.” 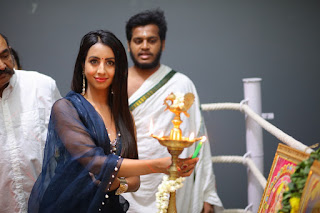 This season is absolutely filled with lots of sports- based movies and almost all of them are based on prototyped tales of beating the opponents and becoming a winner. Producer Mathiyalagan says, “Boxer deviates itself from such a formula  and the story is  about someone, who is already on the top, but has his ego pulling him down and how he fights the devil within and has his redemption. Above all, the way director Vivek has packaged the script with a mix of entertaining ingredients is more gripping.” 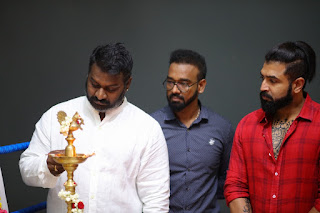 Arun Vijay’s high level training under Peter Hein in Thailand had created quite a buzz.  Ritika Singh will be seen as a sports journalist and the details about others in the star-cast will be revealed soon.