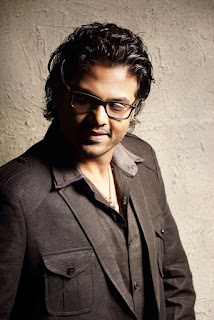 Speaking about the project producer IB Karthikeyan says, “Personally, I have been someone, who loves  such topics so filmmaker GK got me interested the minute he started  narrating this sci- fi script. But usually  the one question that  comes to mind while listening to such  scripts is how far the filmmaker would be successful in translating it into celluloid. In this  case, GK is an exception as he had already proved his  skills through the short film with same title. It’s not merely  the technical bonanza, but also  the emotional ingredients the script promises, which make for an engrossing entertainer.”

Filmmaker GK says, “Asariri is a sci-fi thriller which gives you the feel of reading  a  novel. It will have the references of our epic mythological tales, which are  inherent to our culture and show how it’s all connected to the present technological world. Above all, it focusses on how science creates an emotional struggle within a family. We have tried keeping rural and urban audiences in mind and are sure that everyone from kids to elders  will love it. Especially young couples will be able to connect  with the film.”

Talking about actor Jeevan who plays the lead role, GK adds, “He has been very choosy about  his scripts and has never been in a hurry. In fact, we were a little doubtful whether he would take up this project. Being a technology geek himself, he loved the script and instantly gave the nod. I can assure you  that it will be completely different from what he done so far. We are now on the process of finalizing others in the cast and crew including heroine.”

GK won  the  ‘Radaan Short Film Contest’ for a Sci-fi movie with same title  He says, “We have just used same the title but this film will have a completely fresh premise.”

Since, sci-Fi movies  have music as one of the major pillars in enhancing the impact, the team is having talks with top league music directors and a big announcement is expected.
I Maruthanayagam (DOP), a former associate to Nirav Shah and Saravanan is handling cinematography and Vaira Balan is taking care of art department. Since the title Asariri is related to sound, the film will give a completely new experience of sound technology to audiences say the makers.
asariri Jeevan