Fast and Furious : Hobbs And Shaw directed by  David Leitch is about the duo (Dwayne Johnson and Jason Statham) who cant stand each other, having to put aside thier differences to save the world. 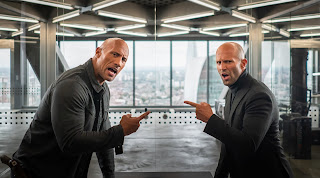 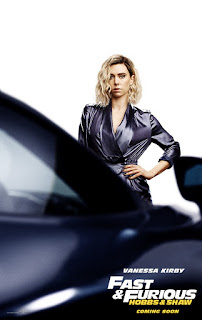 The enemy is 'Black Superman' Brixton ( Idris Alba) a genetically mutated human former M16,  who is after a deadly virus that is now inside the body of  Shaw's sister Hattie ( Vanessa Kirby). How they team up to complete the job assigned is the story.

A fast paced screenplay with some thrilling and super fast stunts ( especially involving Hattie) is one good reason to catch the film. The constant cribbing and chatter between Hobbs and Shaw is another, while the scenes with villain Brixton make sure eyes are glued to the screen. The scenes in London and  Samoa ,(especially the helicopter stunt) are something to watch out for.  Stunts, humor , action and  emotion, the slick and stylishly shot film has all elements in just the right measure to make a most entertaining watch.