A film for daughters, Rajavukku Check

- October 14, 2019
By Rinku Gupta
Pallatte Kokkatt Film House 's Rajavukku Check is directed by Mazhai film Sai Rajkumar. " The film is a thriller showcasing a love between a father and his daughter.," revealed MS Prabhu the cameraman at the audio and trailer launch.

The function was attended by its  lead cast Cheran, Irfan and Srushti Dange apart from guests Saran and Vasanthabalan. The film is released by SDC Picturez.

Srushti Dange revealed that she was injured during the shoot. " The film has a very topical subject , especially for girls living alone in cities. " she added.
Actor Irfan said he was hesitant to do the negative role given to him but was happy how it came out on screen finally. 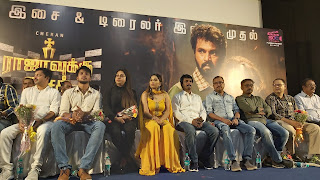 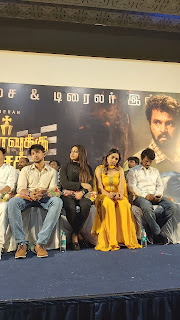 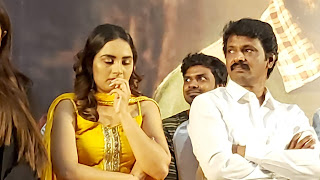 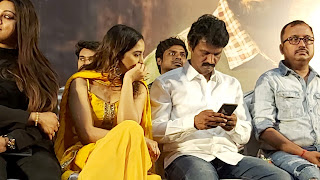 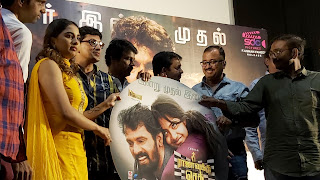 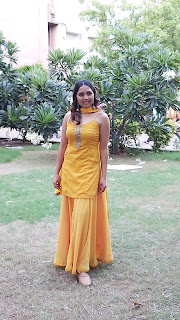 The director Sai Rajkumar said that nobody else could have done the father's role that Cheran has done. Cheran stressed, " Anyone who has a daughter or girls in the house, should see this film." ( click here for full speech ). Talking about Srushti and Irfan he said, " She has a striking role with lot of twists. She has done something original in the film which is not done by any dupe. Irfan has done a performance which will show him is atotally different light. People will run these other way if they see him off screen after this film, he has played such a beast in the film. Though he was hesitant to do it, I convinced him that it may open many oppotinities for him in his career. ".
cheran irfan Saran srushti dange vasanthabalan