Kaithi is an Indian Die Hard? 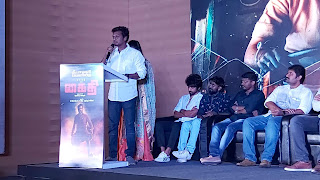 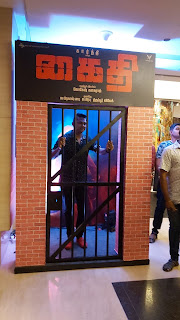 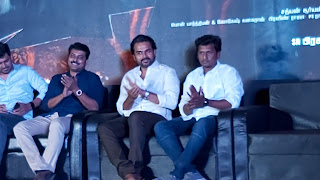 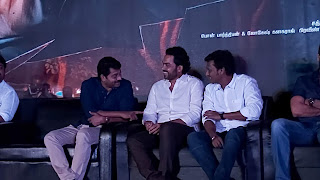 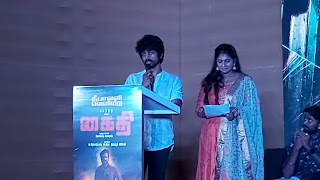 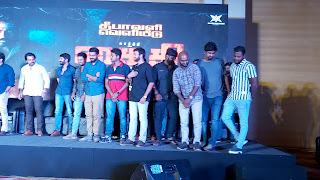 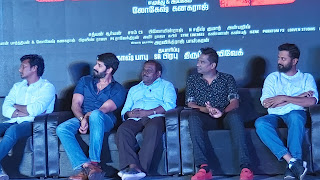 "The dangerous fights by Karthi are exemplary in Kaithi," says Sam CS, music director. " Sathyan Sooryan is the camera man. He has worked on night shoot mostly and mostly inside forest areas with headlights. This team is one that works for the value of content and not money. Everyone had worked very hard.The film has no songs , only BGM. The suspense is very high for every frame and so my music had to do justice. The visuals, sounds and Karthi's acting has made this film exemplary and I am very proud to be part of this film. "
The cameraman revealed how difficult it was for Karthi to shoot in tough terrain.
Actor Ramana praised Karthi and spoke about a tight close up shot of 3 minutes which was astounding. " It was a fantastic performance."
Actor Naren said the film is a second innings for him. Praising Lokesh he said ," He is so simple. He was always busy, with not even time to eat. I fell in love with him. He is one who can make good films and also do good commercial films. In the industry Karthi is one of my close friends. So I was very happy to get a call for this film from him. He is an actor and a star and we spent so much time together through the film. We discussed so much about cinema right from our early days. "

Tiruppur Vivek of Vivekananda Pictures was also present. "It was Karthi who helped put together this project," he said.
Producer SR Prabhu revealed how the project came about." In Hollywood there are many films based on one night's events. The film is full of action and the script book was only a few pages which I was surprised to see, because the rest of the story was only action. It could be called our local Die Hard ! Anbariv have done the stunts and though the shooting days were less than Theeran, the stunts were more. For 2 months we hardly saw any daylight during shoot since we shot in the cold in the night throughout."