- October 05, 2019
By Rinku Gupta
The director Vetrimaaran and hero Dhanush combo seems to just get better and better like old wine. In their latest outing, Asuran, the duo have worked thier magic once again. 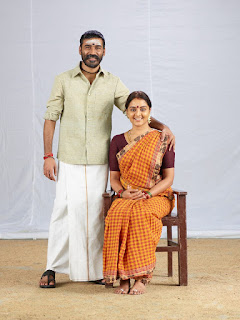 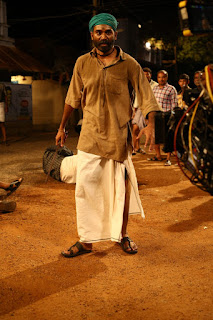 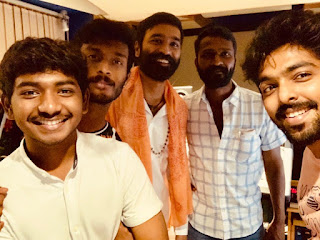 Based on the novel Vekkai by Poomani, the story ( without spoilers, in brief) revolves around a docile middle- aged man Sivasamy ( Dhanush in a terrific performance, with a back story) and his wife ( Manju Warrier) and 2 sons , the fiery Murugan ( Teejay Arunasalam debuts) and teenager Chidambaram (  wonderful performance by Karunas' son Ken).
The family manages to get on the wrong side of the greedy village big- wig Narasimhan ( Naren) and a revenge murder ensues after Murugan gets killed. All this leads to the family taking to thier heels to get away from the backlash that follows.
Do they succeed in getting away? What is Sivasamy's backstory that makes him so docile now? How is it linked to his present? Is he able to protect his family?

The film moves at a leisurely pace at times, but all the while with tempo and pressure building up, adding to the suspense. Velraj's cinematography is exemplary, making the vast plains, meadows, farmlands and mountains veritable characters almost. GV Prakash rises to the occasion with a bgm that adds to the helplessness, desperation and later, revenge in the story.
Dhanush carries the film on his shoulders and his middle -aged 50 year old,  act is incredibly realistic right down to voice , expressions and body language. Even his transformation into his forceful, violent avatar when pushed to the wall by circumstances, is highly believably done. This film is surely  a milestone  in his career..

Peter Hein' s extremely realistic fight scenes are a highlight. The screenplay is another.
Vetrimaaran brings out the best in every actor and each character will linger in memory for long.
From caste divisions to class differences, the film touches upon various issues, in a moving manner, offering a sliver of a ray of hope in the end.
On the flip side watch out for some gory, hit you in the gut kind of murders scenes which are not for the faint hearted.

A saga of love, family, class wars and revenge, with Dhanush at its epicentre in a superb performance, Asuran makes for a gripping, gritty, raw, intense must watch, amongst the best in this year.
Asuran Dhanush manju warrier teejay arunasalam vetrimaaran