The Gautham Vasudev Menon directed film, had seen unprecedented delays over a period of time due to financial and other issues and fans seemed dejected about the delay in release.

The film release date shifted few times from September to November 15 but now a new date has been finalized it would seem.
Vels Film International has announced the release of the film on November 29th. It maybe recalled that both recent productions,  Comali and Puppy have both been hits. 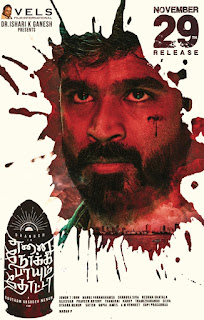 The Ishari K Ganesh led production house has tweeted, confirming  the announcement, " The Most expected movie ot the year #EnaiNokiPaayumThota will be released
worldwide on Nov 29th.

To this , Gautham Menon had replied with a " Thank you" on Twitter. Interestingly enough  Gautham Menon is currently directing Puppy fame hero and nephew of producer, Ishari Ganesh, Varun, in Joshua .