Gautham Vasudev Menon seems to be on cloud nine and rightly so. His much delayed film Enai  Noki Paayum Thota is finally releasing on November 29th, thanks to Vels Film International
Gautham thanked producer Ishari K Ganesh for the gesture of helping him clear the Dhanush film for release. 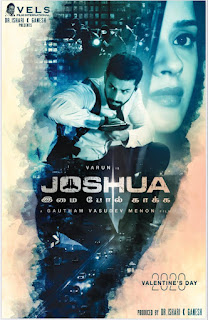 On the same day, (ie) today, the first look poster of Joshua was also released by the production house.  There was much speculation about the project,( starring Ishari Ganesh's nephew, Puppy film fame Varun), with people thinking it was a revival of Gautham's earlier shelved ambitious big budget  project Yohan.

Gautham took to social media to clear the air about  Yohan and also explain how ENPT finally got a release date.
He tweeted,"Thanking @isharikganesh sir for helping me 'realise my vision ' & for coming on board to release #ENPT.
He saw ENPT & liked it & we've agreed to
take a journey forward together. More
announcements to follow.
JOSHUA is not YOHAN but an equally big
idea that needed a big producer ". 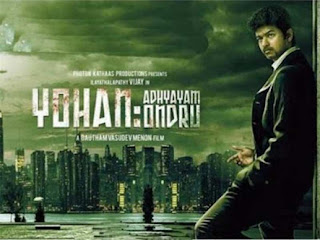 Yohan: Adhyayam Ondru was the film originally planned by Gautham for hero Vijay but was eventually shelved. Recently, there was speculation that Gautham had revived the film with Varun. Gautham has now put that speculation to rest.

Praising actor Varun and throwing light on Joshua : Imai Pol Kaakha he added, "It’s been exciting to film a complete action flick with my hero Varun who’s pulled off some stylish action sequences and is ready to do more.
#Joshua Imai pol kaakha..
And this action wouldn’t have been possible without  my stunt director Yannick Ben.  Thank you team Joshua".