- November 28, 2019
By Rinku Gupta
Directed by M Anbazhagan, Adutha Sattai takes the story to a college campus. The film is produced by Dr Prabhu Thilaak and P Samuthrakani.


Palani ( Yuvan)  is the son of the dictatorial principal ( Thambi Ramaiah) of Appa Arts snd Science. The professors put pressures on the students and even encourage casteism on campus. Podum Ponnu ( Athulya Ravi ) is thecclassmate Palani loves and therefore hates his classmate ( Koushik ) whom he sees as competition. 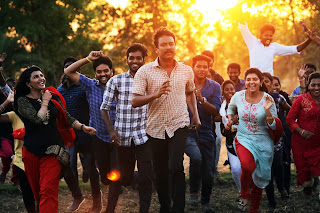 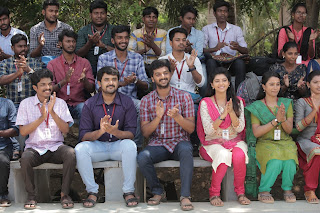 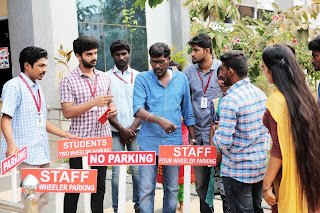 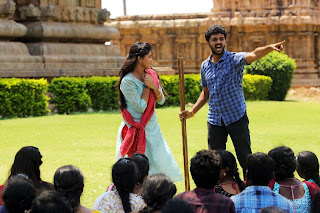 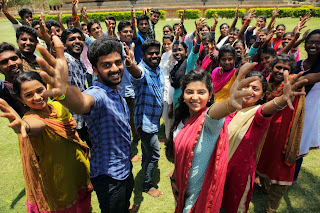 The college is ridden with various issues of mismanagement by  the staff and administration, right from poor teaching standards, to rampant casteism, poor maintainenceand various other issues leading to poor morale amongst students. Samudrakani plays a Tamil professor who feels for the students and is determined to weed out problematic issues, enforce reforms and empower students to ensure a bright future.
His measures are opposed by the principal and other vested interests, till a tragedy shakes them all up.

The film touches upon a variety of current issues faced by students and though a tad idealistic , the solutions seem to be workable in the world the director has created. Though at times, Samudrakani sounds preachy, overall the  way issues are shown and solved at a brisk pace, keeps you both engaged and involved, apart from being moved by the tragic scenes. Large credit must go to the performances of every actor right from students to staff members, who make the scenes believable. However, a few characters are a tad loud in thier performances.


The  film leaves a positive impact with its various messages, all conveyed in an engaging and entertaining manner. A good watch for the youth and family audiences.
Adutha Sattai