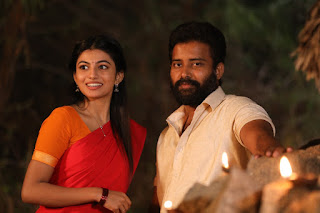 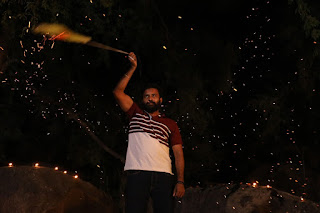 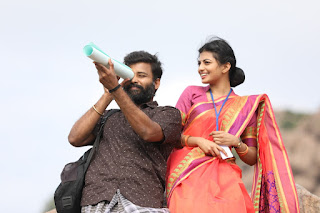 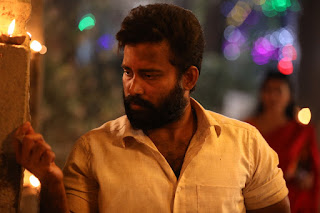 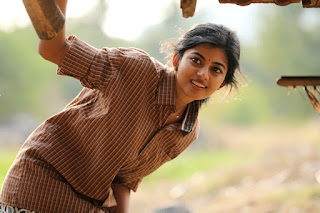 In brief, the story is about a World War 2 bomb which lands up in TN, and makes its way to a scrap yard. Dinesh plays a lorry driver at the scrap yard and in a series of circumstances, lands up with the task of ferrying this bomb, which could go off any minute. He is accompanied by Muniskanth, an assistant. Close on thier heels are the police, unscrupulous villains and activists. In the midst of it all, is his pressing love story, with his lady loves' family forcing her to marry elsewhere. Does the lorry driver survive all the dangers he finds himself in? What happens to the bomb? Do the lovers unite? 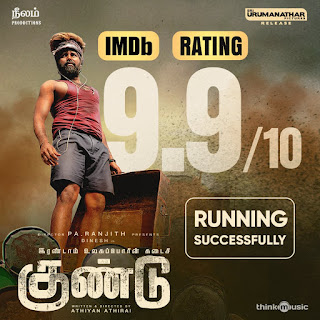 An unusual story line, racy screenplay, well fleshed out characters, good chemistry between the lead pair, Muniskanth in a brilliant performance as the comical sidekick inviting both laughs and empathy, layered writing, and a contemporary theme of the dangers of war are all factors that make the film a must watch. Dinesh is brilliant in his act, while Anandhi nails it.
On the flip side are some really loud dialogues and some pretty fast lines uttered by Dinesh and his cronies at such high decibels that its tough to grasp what they are saying. Some parts of the screenplay seem too convenient and forced with characters finding each other quite conveniently as certain spots, in order  to take the story forward. The angle of the villains  and their plans start out promisingly but somehow fizzle out.
The music by Tenma is a delight, especially the sounds in the bgm.